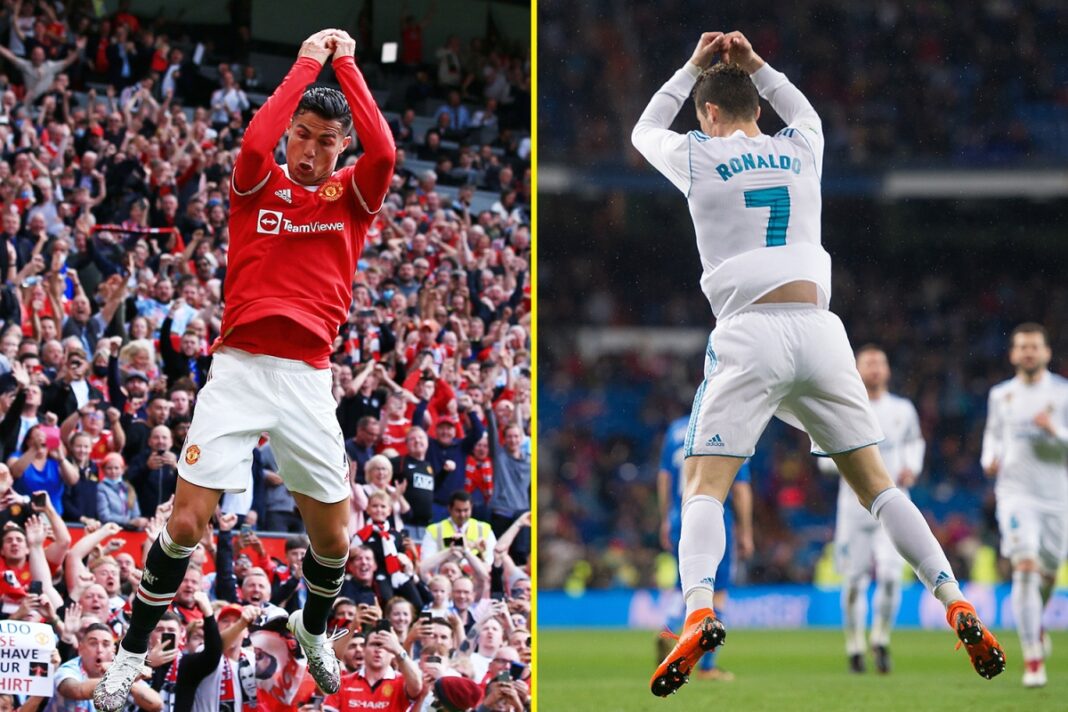 West News Wire: Cristiano Ronaldo is a doubt for Manchester United’s Premier League meeting with Crystal Palace on Sunday after reportedly injuring his knee while performing his trademark ‘Siuu’ celebration in the win against Arsenal.

United will have Ralf Rangnick in the dugout for the first time when they host Palace at Old Trafford, although the German might not be able to call on the services of top-scorer Ronaldo.

Sources as suggesting that the 36-year-old may have injured his knee while doing his iconic pirouetted ‘Siuu’ celebration after scoring the winner from the penalty spot against the Gunners on Thursday night.

That goal – which was Ronaldo’s second of the game and took him to 801 strikes in his remarkable career – came in the 70th minute of match.

Ronaldo played on and even sprinted the length of the pitch for a late United break but was eventually brought off in the 88th minute.

Rangnick, 63, was formally unveiled to the press on Friday after receiving a work permit to begin his tenure at Old Trafford.

Specifically asked about Ronaldo, the German praised him as the fittest 36-year-old professional he had ever seen. “Having seen Cristiano yesterday in the second half [against Arsenal], at the age of 36, amazing, top professional,” said Rangnick.

At his age, I’ve never seen a player who is still that physically fit. He’s still a player who can easily make the difference.

“It’s about how we can develop the whole team, it’s not only about Cristiano. We play in the most competitive league in the world, so we need all the players on board.

“What I saw from Cristiano yesterday, he’s more than willing to do that, to put his input into the team, and the other teammates will have to do the same. ”Some have claimed Ronaldo will struggle to adapt to Rangnick’s famous high-pressing style, but the German said that as a manager “you always have to adapt your style or idea of football to the players you have available, and not vice versa.”

Ronaldo has scored 12 goals in 16 games for United this season since sealing a shock return from Juventus late in the summer transfer window.