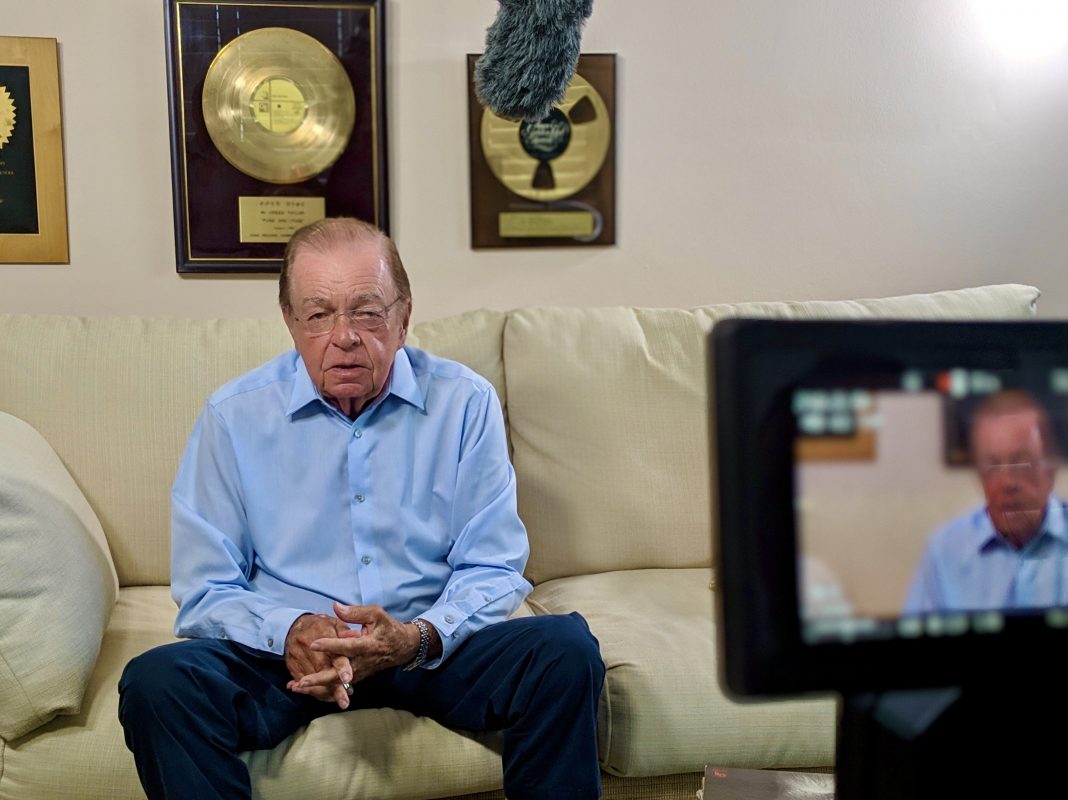 West News Wire: Creed Taylor, who worked with John Coltrane, Ray Charles, and many others and was a productive and creative force in the development of jazz as well as a popularizer of Brazilian music who oversaw the recording of bossa nova classics like “The Girl from Ipanema,” has passed away. He was 93.

According to John W. Taylor, Taylor passed away in Winkelhaid, Germany, on Monday. Following a stroke, heart failure was the cause of his death.

“One of the greatest producers of all time was Creed Taylor, “Wednesday, George Benson released a statement. “He was mostly my friend, and I will miss him.

Creed Taylor was a white man raised in the Jim Crow South, Lynchburg, Virginia, who had a broad musical impact as a packager who helped introduce laminated covers and gatefold sleeves for LPs, as a producer with an ear for emerging talent and new trends and as the founder of Impulse! and CTI Records. He helped discover Herbie Mann, produced early music by Benson, Quincy Jones and Grover Washington Jr. and produced or released albums by Coltrane, Charles, Bill Evans and Wes Montgomery among hundreds of artists.

Commercially, he had his greatest success recording bossa nova, the softened, upscale variation of samba which had emerged in Rio de Janeiro in the late 1950s. Taylor was lead producer at Verve Records when he got a phone call in 1961 from the jazz guitarist Charlie Byrd, who had been on tour in Brazil for the State Department and wanted Taylor to hear some tapes of the new sound. Taylor soon contacted his friend Stan Getz, the jazz saxophonist, and suggested he and Byrd work on an album together.

“I knew instantly that something new was happening there,” Taylor told Marc Myers of JazzWax in 2008.

Their collaboration became the landmark “Jazz Samba,” produced by Taylor and featuring two contributions from the gifted Brazilian songwriter and musician, Antonio Carlos Jobim: “Desafinado” (Off Key or Out of Tune) and “Samba de Uma Nota Só.” Recorded in a few hours at a Black church in Washington, D.C., the album came out in 1962 and kept gaining attention, topping the Billboard pop chart the following year and selling more than 1 million copies. Getz won a Grammy for best jazz performance on “Desafinado.”

In 1964, Taylor produced one of the decade’s most acclaimed and influential records, “Getz/Gilberto,” another million seller that stayed on the Billboard charts for nearly two years and confirmed bossa nova’s appeal. “Gilberto/Getz” featured Getz, Jobim and Brazilian guitarist João Gilberto, and included such bossa nova standards as “Só Danço Samba” and “Corcovado (Quiet Nights of Quiet Stars).” “Getz/Gilberto” received four Grammys, including album of the year and record of the year, for its most famous track, “The Girl from Ipanema,” the spare, wistful ballad featuring Jobim singing in Portuguese and a deadpan, English language cameo by a little known Brazilian performer, Astrud Gilberto, João Gilberto’s wife.