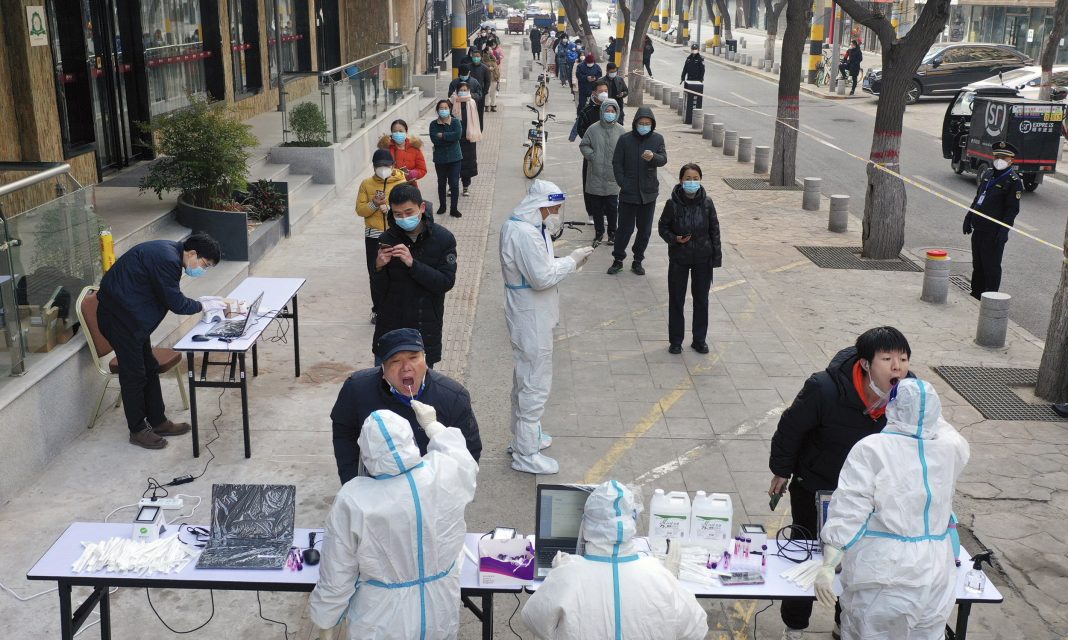 West News Wire: Since early 2020, when the world first watched an entire population shut down to contain the coronavirus in Wuhan and its surrounding area, China is experiencing its biggest COVID catastrophe.

It is currently putting tens of millions of people in lockdown over the whole northeastern province of Jilin, which has a population of 24 million people, as well as the southern metropolis of Shenzhen and Dongguan, which have populations of 17.5 million and 10 million people, respectively.

On Monday, China, the last major country to adopt a Covid-zero strategy, reported 1,437 instances in dozens of cities. In a week, that’s a fourfold increase.

Despite the fact that record case numbers are putting China’s zero-tolerance policy to the test, there is no indication that the country is eager to shift to “living with the virus.”

The epicenter of the omicron variant outbreak is the Northeastern Jilin province, where 895 cases were recorded, but there are also outbreaks and containment measures in place Shanghai, the financial powerhouse, and Shenzhen, the southern tech hub.

Authorities announced on Monday afternoon that all 24 million people in Jilin province would go into lockdown, including the previously locked down city of Changchun. It’s the first provincial lockdown since Wuhan and Hubei in January 2020.

On Sunday, China ordered all of Shenzhen’s 17.5 million residents into a seven-day lockdown, with three rounds of testing. All public transport is halted and all businesses, except essential services, will be closed until March 20.

As a result, Apple supplier Foxconn has shut two of its plants in the area and relocated production elsewhere.

Read More
China Eastern Airlines flight with 132 on board crashes, no survivors found

The lockdown and outbreaks threaten manufacturing and tech production in Shenzhen, known as China’s Silicon Valley. It’s home to Huawei and Tencent, and is home to one of the country’s key ports.

Professor Heiwai Tang at Hong Kong University told news reporters that he doesn’t expect these week-long lockdowns to have a significant impact on the country’s gross domestic product.

“It seems the lockdowns will be shorter this time with more tracking, which means a short disruption of work and production,” Tang said. “If it ends up lasting for weeks it’s another issue, including inflation risks.”

Professor Michael Song from Hong Kong’s Chinese University estimated that the two-month lockdown in Wuhan cost China 2% of its GDP.

There’s immense pressure on local authorities to contain the virus, with state media reporting that the Jilin City mayor and the head of the Changchun city health commission were dismissed from their roles over the weekend.