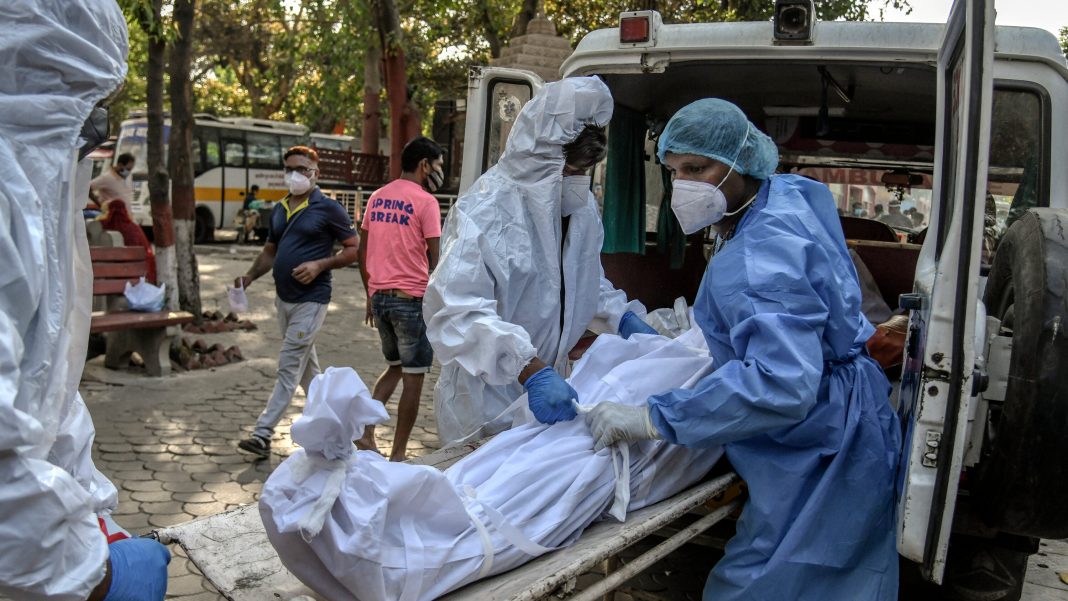 West News Wire: According to a new World Health Organization (WHO) analysis that provides the most complete look yet at the true global toll of the epidemic, nearly three times as many people have died as a result of COVID-19 as official data suggests.

COVID-19 was responsible for 14.9 million extra deaths by the end of 2021, according to the UN organisation. From January 2020 to the end of December 2021, the official figure of deaths directly related to COVID-19 reported to WHO was slightly more than 5.4 million.

According to WHO, nearly half of the uncounted deaths occurred in India, where 4.7 million people were reported to have died as a result of the pandemic. A tally 10 times higher than the country’s own official figure and almost a third of the global total.

Excess mortality is calculated as the difference between the number of deaths that have occurred and the number that would have been expected in the absence of the pandemic, based on data from earlier years.

The WHO’s figures reflect people who died because of COVID-19 directly and indirectly due to the pandemic’s wider effect on health systems and society, such as those who could not access healthcare for other conditions when systems were overwhelmed during huge waves of infection.

Obtaining accurate numbers on COVID-19 deaths worldwide has been problematic throughout the pandemic largely because of limited testing and differences in how governments collate such data.

Even pre-pandemic, about six in 10 deaths around the world were not registered, WHO said.

“These sobering data not only point to the impact of the pandemic but also to the need for all countries to invest in more resilient health systems that can sustain essential health services during crises, including stronger health information systems,” WHO Director-General Tedros Adhanom Ghebreyesus said.

The WHO panel, made up of international experts who have been working on the data for months, used a combination of national and local information, as well as statistical models, to estimate totals where the data is incomplete.

Other models have also reached similar conclusions about the global death toll being far higher than the recorded statistics.