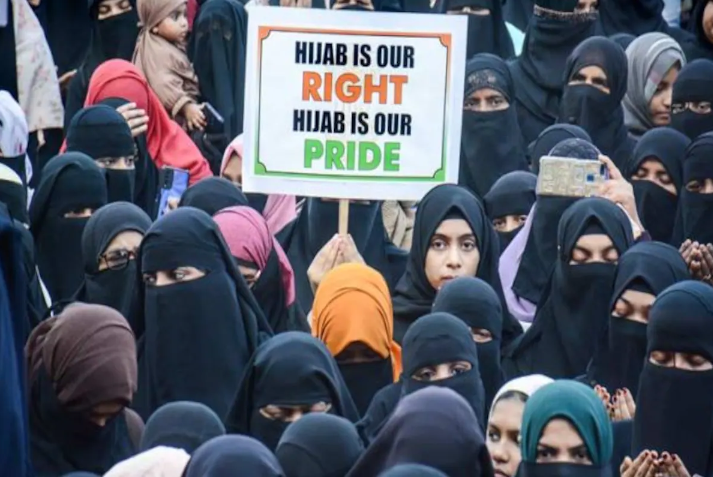 West News Wire: The Court of Justice of the European Union (CJEU) ruled on Thursday that businesses may prohibit headscarves in the workplace as long as these policies do not discriminate against particular workers.

The choice was made in light of the lawsuit filed in 2018 by a Muslim woman who was told she could not complete her internship at a Belgian company while wearing a hijab or any other type of head covering. The employer defended the rule by saying that it was a part of the business’ neutrality policy and was not directed at any particular group of people. The policy forbade employees from wearing any type of headgear, including caps, beanies, or scarves, as well as religious insignia.

In its ruling, the CJEU upheld the Belgian company’s policy, acknowledging that there was no direct discrimination in the ban.

“The internal rule of an undertaking prohibiting the visible wearing of religious, philosophical or spiritual signs does not constitute direct discrimination if it is applied to all workers in a general and undifferentiated way,” the court wrote in a press release.

The CJEU ruling comes after it announced last year that EU firms could impose a ban on hijabs or any other types of head covering as long as such a policy could be “justified by the employer’s need to present a neutral image towards customers or to prevent social disputes.”

The issue of allowing Islamic head- or face-coverings in the workplace or in public places has been highly contested across the EU for years and has been at the center of debates on Muslim integration into European communities.

In 2004, France, which is home to the EU’s largest Muslim community, prohibited the wearing of all Islamic head coverings in state schools and was also the first EU country to introduce a complete ban on full face coverings such as the niqab and burka in public places.

Since then, similar moves have been made by Belgium, Denmark, Austria, the Netherlands, several states in Germany, Italy, Spain and Switzerland, among others.