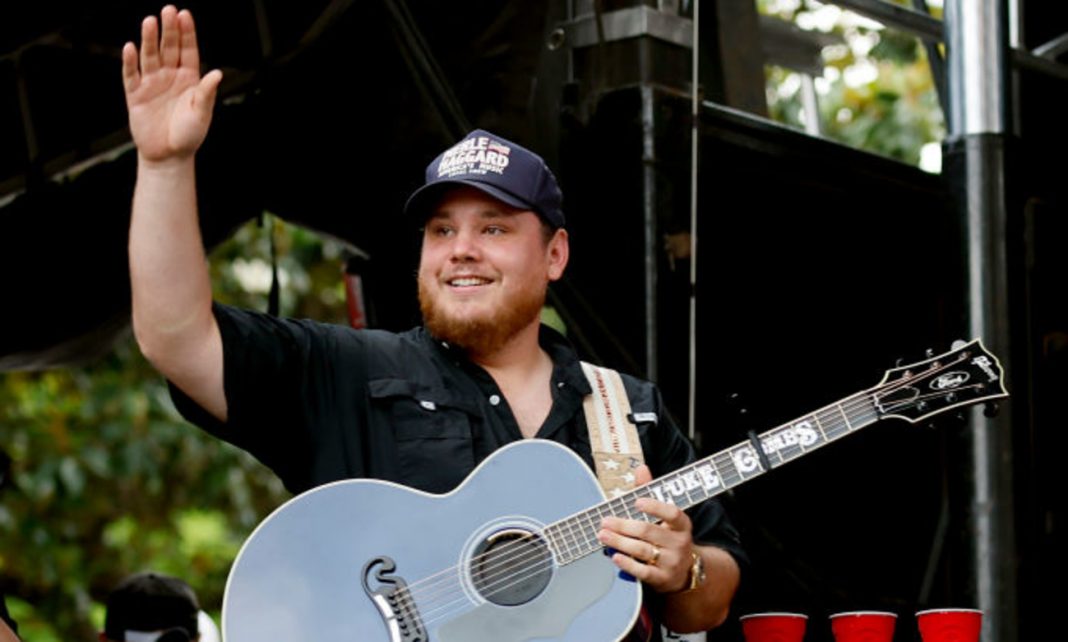 West News Wire: In his unprecedented ascent to the top of country music, singer-songwriter Luke Combs is making significant strides this year in both his personal and professional lives.

The North Carolina-born singer graduated from arenas to selling out football stadiums this year. She holds a Billboard record with 14 consecutive No. 1 country airplay singles, including hits like “Beer Never Broke My Heart” and “Beautiful Crazy.”

However, the 32-year-old Combs had something more personal on his mind as he was getting ready to perform in front of a packed-out Nissan Stadium during last month’s CMA Fest.

A hospital bag was inside his parked truck at the stadium, waiting for word that his wife Nicole was prepared to give birth to their first child. Combs ended up becoming a first-time father with  the birth of their son, Tex Lawrence Combs, on Father’s Day.

“When we walk off stage tonight, it’s like the next journey is being a parent, you know?” Combs said, while backstage at Nissan Stadium earlier in June. “That’s like my sole focus after this.”

The reigning CMA entertainer of the year has spent the last decade concentrated on getting to where he’s at now. But as he’s ascends a peak most country artists will never reach, his mind is on the unknowns of being a new parent.

“I’ve never operated in any other way in the last 10 years besides trying to be the best I can be at this thing I do now,” Combs reflected. “So trying to figure out the balancing act of those two things is mildly stressful, but also really exciting.”

His aptly titled new record “Growin’ Up,” out now, shows Combs recognizing what a transitional period it’s been for him. “Doin’ This,” the lead song, is an autobiographical reflection on the idea that even if no one had discovered him, he’d still be singing in a bar in a no-name town on a Friday night.

“It was never about the amount of success or how many awards you have,” he said. “You just appreciate being able to do it at all.”

What’s kept him grounded despite scaling up is his loyalty to the people who believed in him at the beginning, as well as bringing along those he felt deserved a chance in the big leagues. He’s the kind of guy who records songs he wrote with his guitar tech, Jaime Davis, and then cut a duet he wrote with fellow superstar Miranda Lambert. His manager, Chris Kappy, had never managed an artist before he convinced Combs to let him represent him.

Goodman said when he signed Combs, the young singer already had a strong fan base who were packing out shows.

“What he had even in that moment was a seasoned aspect of it, a maturity, a self-awareness about his instrument, his voice and the songs that he was singing and the connectivity,” Goodman said.

This year’s tour only features three stadiums, the first shows in Denver and Seattle earlier this year and one on July 30 in Atlanta, so it’s become a test run for what is likely many more stadium gigs to come. Combs admits that he’s been more on the cautious side than some of his team when it comes to booking stadiums.

“If the failure happens, it’s on like such a grander, like more public display than like if you were to fail in a bar,” Combs said with a laugh.