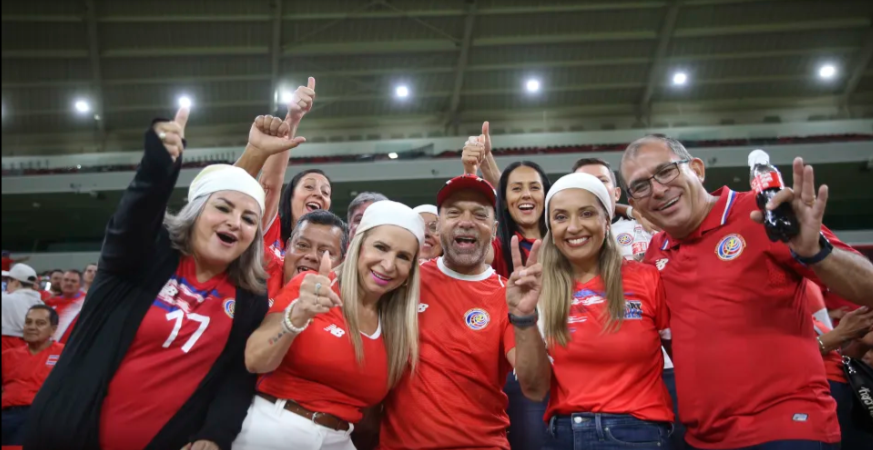 While the players did not put on their best show in front of those fans in the middle, an early Joel Campbell goal was enough to send the team to its sixth World Cup.

The Central American nation defeated the All Whites 1-0 in Doha, securing a place in Group E, which also includes Spain, Germany, and Japan at the World Cup.

After the final whistle, a jubilant 60-year-old Bernardo Rodrigues, who had flown in from the Costa Rican capital San Jose, told news reporters, “It’s so good to know we’ll be back in Qatar later this year.”

“All night people back home, including our families, will be on the streets,” Rodrigues said while celebrating with several of his friends after the game.

For New Zealand, it was the third straight playoff loss a defeat to Mexico in 2014 and to Peru four years later.

New Zealand fans were understandably dejected. The team made its last World Cup appearance in South Africa in 2010.

“The early goal really just got us chasing the whole time,” New Zealand fan James Foong told news reporters. “The VAR decision [overturned goal] was unfortunate and I thought was a bit harsh.”

However, Foong said he was “very proud of the young team” while singling out striker Chris Wood’s performance for praise.

Ticos fan Javier Vargas told news reporters that qualifying for the World Cup was “great publicity” for his country of just five million.

“When we competed in Germany [2006], lots of people around the world I feel were talking about us,” Vargas said.

When asked what he thinks his team’s chances are in November against the likes of Spain and Germany in their group Vargas said he hopes for “something special” again like in 2014 in Brazil where Costa Rica reached their first-ever quarter-final.

“We had to face England, Uruguay and Italy [in the group stages], all former world champions and we still succeeded,” Vargas pointed out.

Supporters chanted phrases like “Yes you can” and “We’re here until the final minute,” drowning out any noise that the New Zealand fans made to cheer on their team.