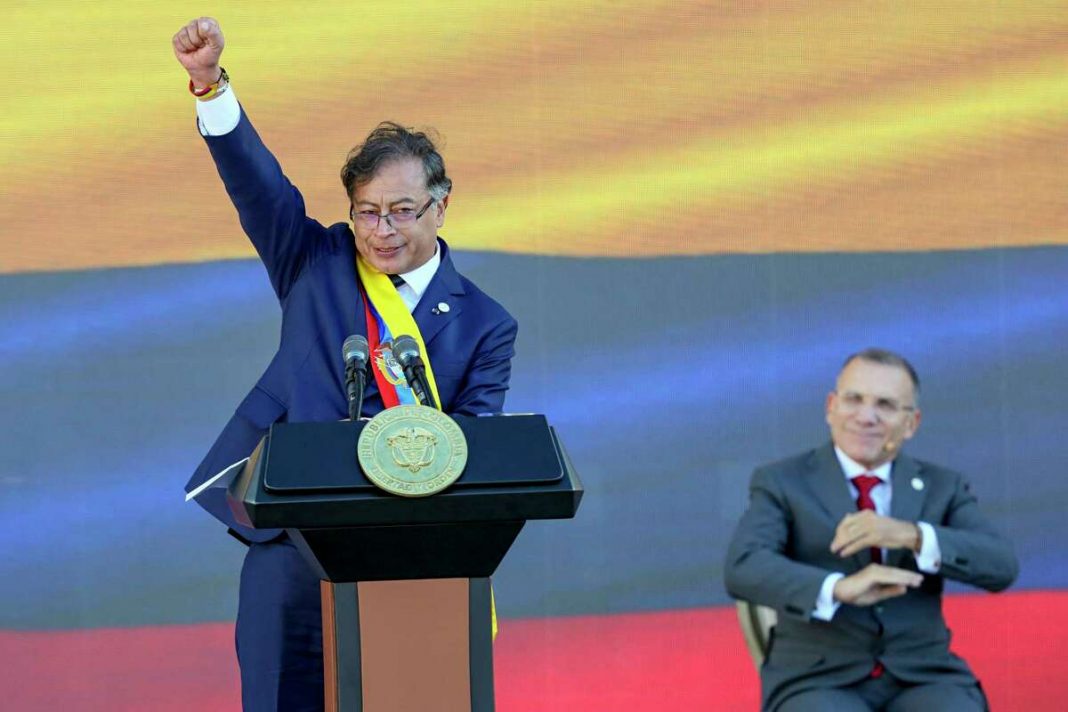 West News Wire: The ambitious projects and policies that Colombian President Gustavo Petro thinks will alter the nation will be funded, according to a new tax reform proposal he made to Congress on his first day in office.

The first leftist president of Colombia took the first step toward keeping his promise to millions of people on Monday. One such person is Maydany Salcedo, a 47-year-old social activist from the Putumayo province who watched the inauguration on Sunday with high hopes for the country’s new left-wing leader.

Salcedo depends heavily on Petro’s performance, just like many others in his foundation. Armed gangs frequently target her home in Putumayo, southwest Colombia, which is near the borders with Ecuador and Peru. They first threatened her in July after she joined Petro’s transition team.

Salcedo, who advises the administration on drug policy, believes Petro can bring the much-awaited peace, expected from a 2016 treaty between the Revolutionary Armed Forces of Colombia (FARC) and the government.

“We’re incredibly happy,” said Salcedo, dressed in a white lace blouse and golden cross, hours before Petro’s inauguration on Sunday, which she attended as a special guest. “But the expectations of poor farmers are high for what Petro can do and we hope that his discourse won’t be limited to paper.”

On the campaign trail, Petro had promised a deep transformation of Colombia, a country that historically has been run by a small group of elites and fraught with political violence. Uprooting government policies that have kept Indigenous people, Afro-Colombians, poor farmers, and women from equal income, land access and development was central to his platform.

Since the election, Petro has appointed cabinet ministers that have shown he is committed to that mission and has reconciled with political adversaries — moves that have boosted his overall popularity. Now, his supporters hope that political will and high favorability will prove enough to overcome the many challenges ahead.

Petro has spelled out a vision of a more inclusive society for one of the most unequal countries in the world. He has promised the full implementation of the peace deal; the removal of police from military control; the reopening of relations with Venezuela; a renewal to negotiations with armed groups; major social programs, such as new subsidies for poor, single mothers and free college tuition; and a move away from oil, a top export.

These hurdles are not lost on Petro, who has worked on expanding his coalition in Congress, where his most ambitious proposals must go through. While Petro’s political party, the Historic Pact, made significant gains in the last elections, they still require support from establishment parties Petro has previously criticized to pass future legislation.

The Center Democratic Party, which is the only party so far that has openly declared itself in opposition to the Petro government, has been a strong critic of his proposals. It has argued that phasing out new oil exploration would hurt the economy, and that negotiating with armed groups would promote impunity.