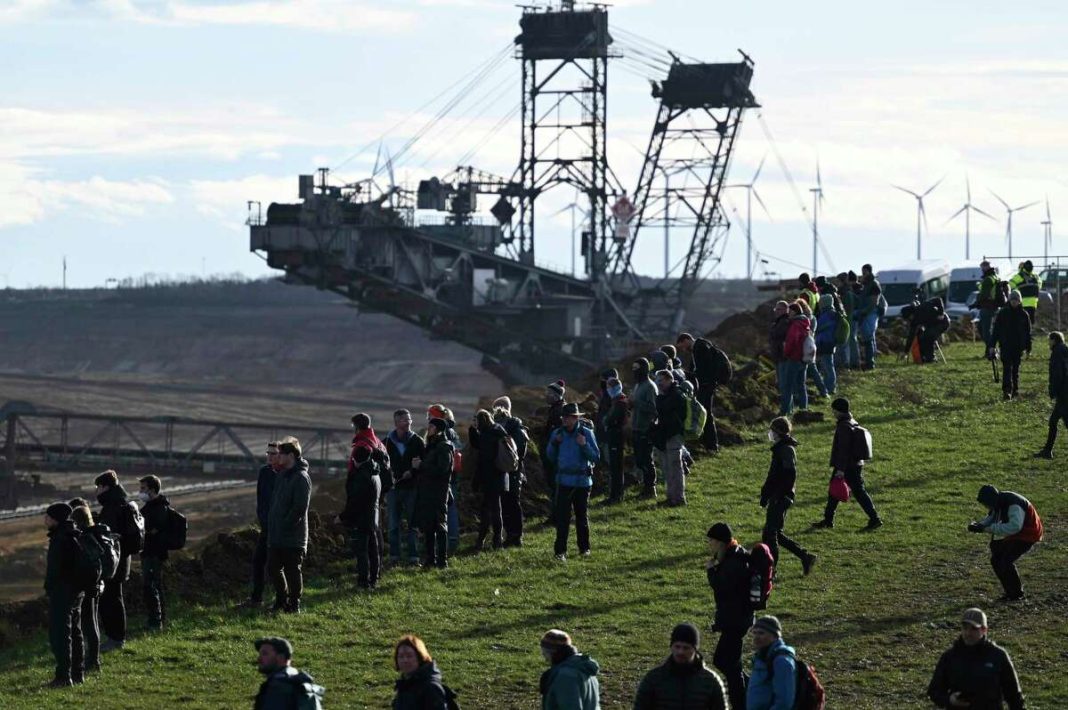 West News Wire: In a conflict between the government and environmental campaigners, climate activists vowed on Sunday to protect a little community in western Germany from being razed for the expansion of a neighboring coal mine.

In the village of Luetzerath, west of Cologne and near to the enormous Garzweiler coal mine, hundreds of people from all across Germany gathered for protest training and a following demonstration.

According to a deal reached this year between the state government of North Rhine-Westphalia and utility firm RWE, the open-cast mine, which supplies a significant portion of the lignite a soft, brownish coal burnt at local power plants, is expected to close by 2030.

The company says it needs the coal to ensure Germany’s energy security, which has come under strain following the cut in gas supplies from Russia’s war in Ukraine.

But environmental groups have blasted the agreement, saying it will still result in hundreds of millions of tons of coal being extracted and burned. They argue that this would release vast amounts of greenhouse gas and make it impossible for Germany to meet its commitments under the 2015 Paris climate accord.

“(We) will fight for every tree, for every house, for every meter in this village,” said Luka Scott, a spokesperson for the alliance of groups organizing protests. “Because whoever attacks Luetzerath, attacks our future.”

Prominent campaigners have rallied support to defend the village from destruction, citing the impact that climate change is already having on Germany and beyond.

German news agency dpa reported that some activists have erected barricades and other defensive measures to prevent Luetzerath being razed. Last week, protesters briefly clashed with police at the site.

The village and surrounding areas belong to RWE and the last farmer residing there sold his property to the company in 2022 after losing a court case against his eviction. Since then, only a handful of activists have remained, some living in self-built tree houses or caravans.

Police have said no clearance will take place before Jan. 10.