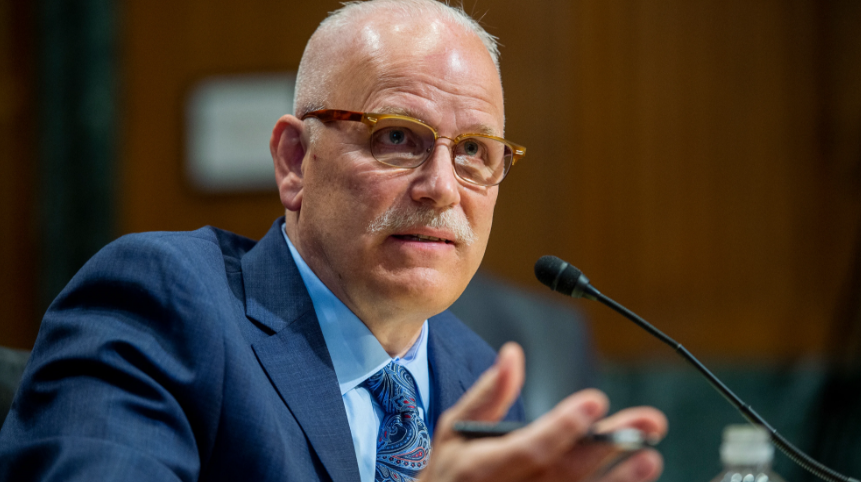 West News Wire: The White House announced on Saturday that Chris Magnus, the commissioner of US Customs and Border Protection, has resigned with immediate effect.

“The contributions Commissioner Magnus made to police reform while serving as the chief of police in three American cities are valued by President Biden. Commissioner Magnus has provided nearly forty years of service. The President wishes Mr. Magnus well and thanks him for his service to CBP “The sentence was read.

Magnus’ resignation was announced by Secretary of Homeland Security Alejandro Mayorkas in a letter to the CBP staff. He expressed his “gratitude” for Magnus’ contributions. Troy Miller, a deputy commissioner, will act in the interim.

The departure was announced in the midst of rumors that the Department of Homeland Security was experiencing chaos, leadership issues, and a communication breakdown on Friday and that the head of U.S. customs and immigration security had refused to resign his post.

Magnus refused a request this week from Mayorkas that he resign from his leadership position at the agency, The Los Angeles Times reported Friday.

Magnus was confirmed by the Senate less than a year ago following a contentious partisan confirmation hearing where Republicans attempted to tie him to what they have long called President Joe Biden’s “open border” policies.

However, despite attempts to roll back some of the hardline restrictions of the Trump administration, which were historically severe, Magnus has overseen a continuation of strict border security measures.

Most recently, CBP has subjected Venezuelan nationals to fast-track expulsion to Mexico if they are found entering the U.S. without authorization. The protocols are in line with the agency’s continued use of Title 42, a decades-old public health law first used to expel migrants at the start of the global pandemic.

Although the Biden administration attempted to roll back the use of Title 42 earlier this year, a protracted legal battle from Republican-led states has forced the protocols to remain in place.

The level of unauthorized migration at the southern border this past year hit levels never seen before with immigration enforcement officials working on overdrive to detain and process growing numbers of migrants from countries that have difficulty accepting deportations.

The share of Venezuelan, Cuban and Nicaraguan nationals arriving without documentation in the U.S. has grown in recent months. The trend prompted authorities to open a new legal path for a small fraction of those coming from Venezuela with valid passports at the same time as the Biden administration cracks down on Venezuelans who enter illegally.

Over the past year, through September, U.S. Border Patrol agents arrested or detained unauthorized migrants more than 2.2 million times the highest number ever recorded. Slightly more than 1 million of those apprehensions resulted in fast-track expulsions under Title 42.

Most of the remaining migrants have been released and required to appear before immigration authorities where they have the opportunity to make claims for asylum or other forms of humanitarian relief.