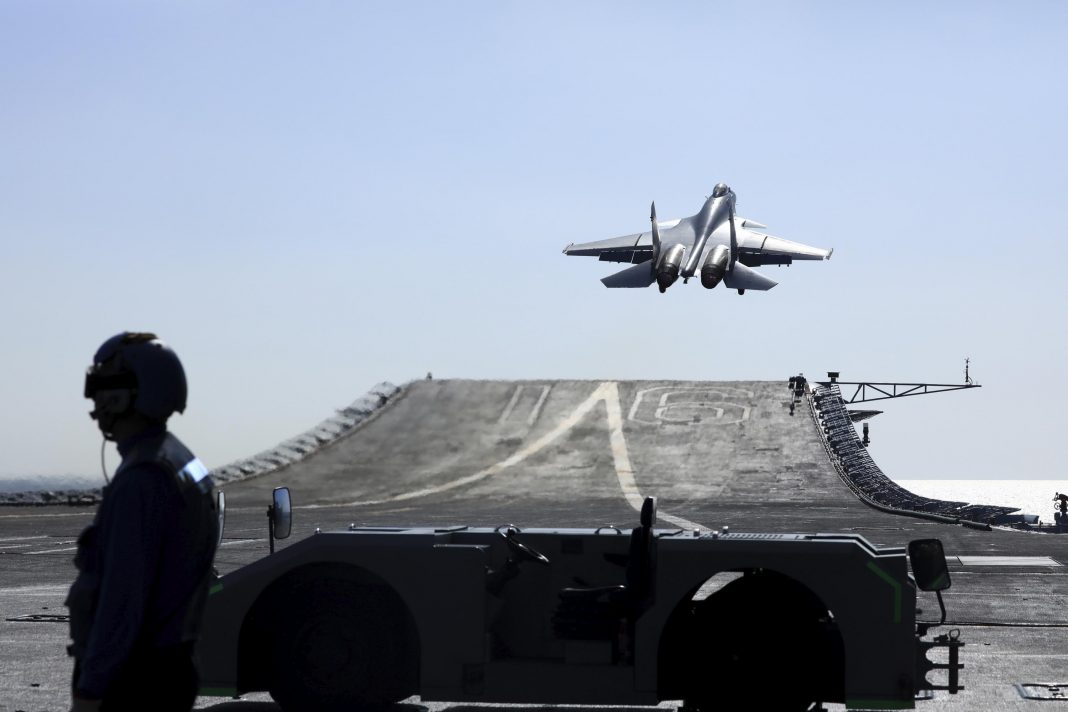 The navy stated the mission is regular, follows all international laws and standards, and is “not intended at any third parties” in a post on its social media site.

The mission, though, highlights the growing importance of China’s naval forces as Beijing attempts to overtake the United States as Asia’s leading military power.

China operates the world’s largest navy by number of ships, while the U.S. maintains an edge in aircraft carriers and nuclear submarines as well as in numbers of bases and allies in the region, where the competition is focused on the strategically vital South China Sea.

The Liaoning was originally purchased as a hulk from Ukraine and entirely refurbished. China has since added a second entirely home-built carrier, the Shandong, and is believed to be at work on at least two more.

The first aircraft carrier commissioned into the People’s Liberation Army Navy Surface Force, she was originally classified as a training ship, intended to allow the Navy to experiment, train and gain familiarity with aircraft carrier operations. Following upgrades and additional training in late 2018, Chinese state media announced that the ship would shift to a combat role in 2019.

Originally laid down in 1985 for the Soviet Navy as the Kuznetsov-class aircraft cruiser Riga, she was launched on 4 December 1988 and renamed Varyag in 1990. After the dissolution of the Soviet Union in 1991, construction was halted and the ship was put up for sale by Ukraine. The stripped hulk was purchased in 1998 and towed to the Dalian naval shipyard in northeast China.

Exercising under realistic wartime conditions has become a focus of China’s military in recent years, in apparent recognition of its lack of combat experience going back four decades.