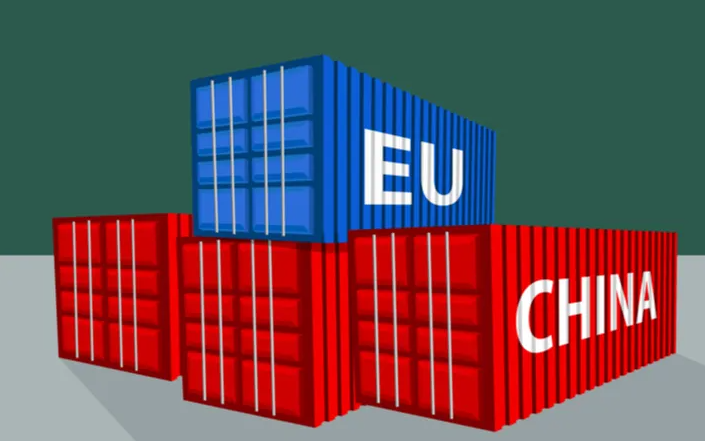 West News Wire: As a result of shippers moving a backlog of cargo and export growth picking up after anti-virus controls that had shut down Shanghai were lifted, China’s monthly trade surplus soared to a record $97.9 billion in June.

Exports increased 17.9% over a year ago to $331.2 billion, up from a 16.9% growth in May, according to customs data released on Wednesday. The fact that imports increased by just 1% to $233.3 billion, a sign of Chinese economic weakness, caused the trade surplus to increase by 90% from the previous year.

As Beijing took advantage of price reductions made available by the Kremlin after Washington and Europe suspended the majority of their own purchases as retaliation for Moscow’s invasion of Ukraine, imports from Russia, which primarily comprised oil and gas, increased by 56 percent over the previous year.

China’s trade already was depressed by weak global demand before Shanghai, site of the world’s busiest port, and other cities shut down starting in late March. Cargo handling is back to normal, but economists warn the shock will be felt abroad for months.

“Exports rebounded strongly as shipping bottlenecks eased,” said Julian Evans-Pritchard of Capital Economics in a report. “But we think this may be the last hurrah for China’s pandemic export boom before shipments drop back on cooling demand.”

Weak import demand reflects a slump in construction, a major customer for foreign iron ore and other raw materials, after the government launched a crackdown on debt that has chilled the vast real estate industry.

Forecasters have cut estimates for China’s economic growth to as low as 2% this year, well below the ruling Communist Party’s target of 5.5%.

China’s economy grew by a weak 4.8% over a year earlier in the quarter ending in March. That was an improvement over the 4% rate in the final three months of 2021.

Some believe it shrank in the quarter ending in June before beginning a gradual recovery. Surveys show that might be under way as manufacturing and service activity accelerates.

If that lasts, “the outlook for the second half of 2022 is for stronger imports,” Rajiv Biswas of S&P Global Market Intelligence said in a report.

Exports to the United States surged 19.3% over a year earlier to $56 billion despite lingering tariff hikes in a trade war over Beijing’s technology ambitions. Imports of American goods edged up 1.7% to $14.6 billion.

China’s politically volatile trade surplus with the United States widened by 26% from a year earlier to $41.4 billion. It was among irritants that prompted then President Donald Trump to launch the trade fight and hike import taxes.

Envoys from the two governments have talked by phone and video link but have yet to announce a date to resume face-to-face negotiations.

China’s growing purchases of Russian energy are irritating Washington and its allies but don’t violate sanctions on Moscow.

Beijing declared ahead of the attack that it had a “no limits” friendship with Moscow. It criticizes the sanctions but has avoided helping Putin for fear of losing access to Western markets and the global banking system.

The Biden administration last month accused five Chinese companies of dealing with the Russian military before the Feb. 24 invasion. They added them to a trade blacklist but officials did not say if they were accused of supplying goods after the attack.