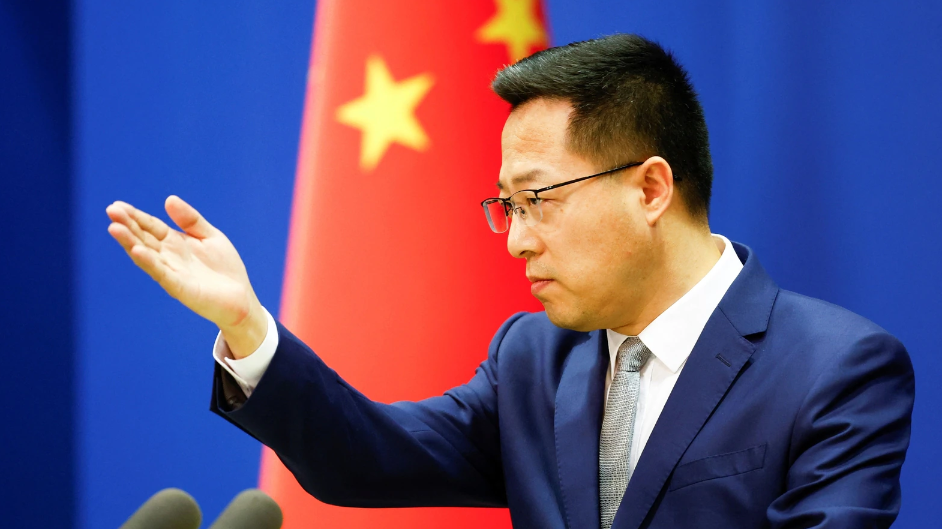 The remarks made by Zhao Lijian, a spokesperson for the foreign ministry, highlight the deteriorating relationship as well as China’s increasingly combative style of international relations, which vehemently rejects criticism.

Blinken charged China with “seeking to undermine the rules-based international order” at the NATO summit held in Spain last week.

Zhao claimed in his remarks on Wednesday that the “so-called rules-based international order is really a family rule made by a small number of countries to serve the U.S. self-interest.”

Washington “observes international rules only as it sees fit,” he said, adding that NATO “must renounce its blind faith in military might.”

U.S.-China relations are dominated by disputes over issues from trade and human rights to Taiwan and Beijing’s territorial claims in the South China Sea.

Meanwhile, China has refused to condemn Russia’s four-month-long war against Ukraine, criticized sanctions brought against Moscow by NATO members and accused Washington and its allies of provoking the conflict.

Russia and China have strengthened political, economic and military ties, while aligning their foreign policies to oppose the influence of liberal democracies. Weeks before Russia’s February invasion, Chinese leader Xi Jinping hosted his Russian counterpart Vladimir Putin for a meeting at which they pledged a partnership that had “no limits.”

At its summit, NATO for the first time singled out China as one of its strategic priorities for the next decade.

In his comments at Wednesday’s daily briefing, Zhao said the U.S. “has been working closely with NATO to hype up competition with China and stoke group confrontation.”

“The history of NATO is the one about creating conflicts and waging wars arbitrarily launching wars and killing innocent civilians, even to this day,” Zhao said. “Facts have proven that it is not China that poses a systemic challenge to NATO, and instead it is NATO that brings a looming systemic challenge to world peace and security.”

Blinken is expected to meet with Wang on Saturday at a meeting of foreign ministers from the Group of 20 leading rich and developing nations on the Indonesian island of Bali.