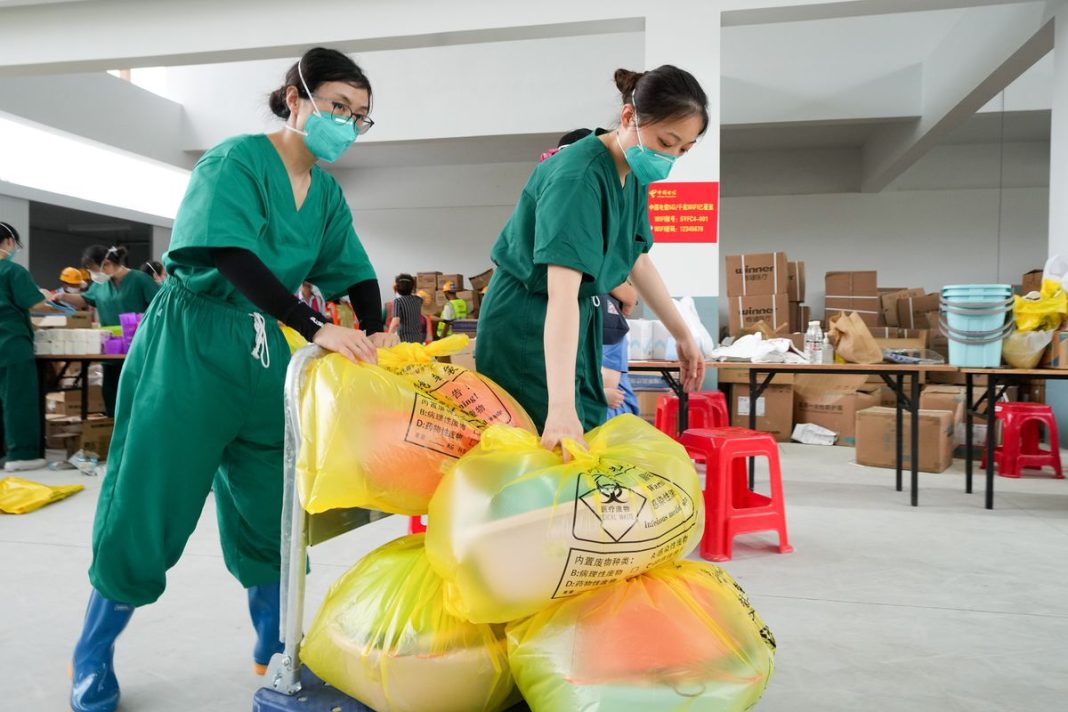 West News Wire: According to government data, China experienced its highest daily rate of coronavirus infections on Wednesday since the epidemic began almost three years ago.

The National Health Bureau reported on Thursday that there were 31,444 new cases of the illness in the nation on November 23, of which 3,927 were symptomatic and 27,517 were asymptomatic.

The statistics exceeded the previous 24-hour infection record, which was 29,317 instances and was set on April 13.

Due to Beijing’s rigorous lockdowns and broad testing since the disease’s first outbreak in the city of Wuhan in late 2019, the current number of cases is still modest when compared to many other nations.

The highest ever infection rate was recorded by the United States the nation worst hit by the pandemic with 1.35 million new cases on a single day in January.

China relaxed some of the rules aimed at tackling the virus earlier in November, easing quarantine requirements for those entering the country and simplifying a system for designating high-risk areas.

However, rising caseloads in cities including Beijing, Shanghai and Guangzhou prompted the authorities to tighten restrictions.

In the capital, people now require a negative PCR test result, less than 48 hours old, to be able to enter shopping malls, hotels, government buildings and other public areas. Schools in Beijing have also moved to online classes, according to the local authorities.