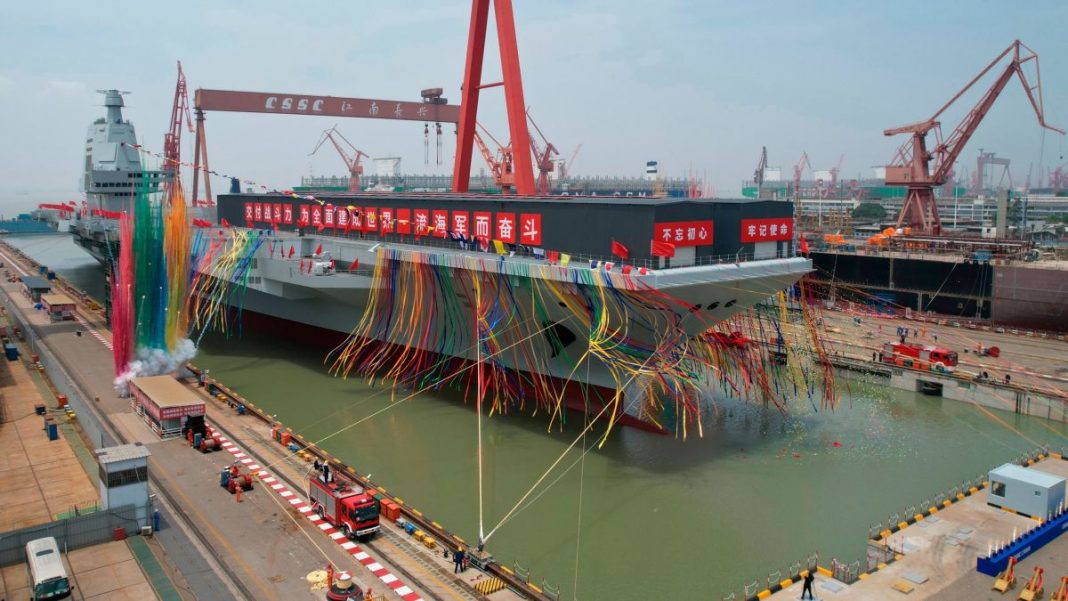 West News Wire: China has launched its third aircraft carrier, which will be known as the Fujian.

China’s latest and most advanced warship was launched “in a brief but festive ceremony” on Friday morning at the China State Shipbuilding Corporation (CSSC) shipyard in Shanghai, where it has been under construction since 2018.

The ribbon was cut to officiate the launch after the naming certificate was handed to the Fujian’s commanding officer, and the ship left the dock, according to the state-run Global Times.

The Fujian is China’s first fully domestically developed aircraft carrier, and planes take off and land on its deck using electromagnetic catapults and arresting devices, according to the company. The ship can carry more than 80,000 tonnes of cargo.

The Fujian will now start mooring and sea trials.

The launch of the Fujian is part of an ongoing effort to modernise the People’s Liberation Army Navy (PLA Navy), which already has two fully-functioning aircraft carriers, the Soviet-era Liaoning and the domestically-built Shandong whose design was based on the Liaoning.

The Fujian and a fourth carrier, which is also under construction, are larger and able to carry more aircraft than the two existing vessels. The South China Morning Post reported in March last year that the fourth carrier might be nuclear-powered.

The Centre for Strategic and International Studies (CSIS) said earlier this week that the Fujian was about to be launched, sharing satellite imagery that showed the dry dock holding the Fujian had been flooded and pennant flags strung along the ship’s flight deck.

Read More
China continues to be biggest danger of US: Pentagon