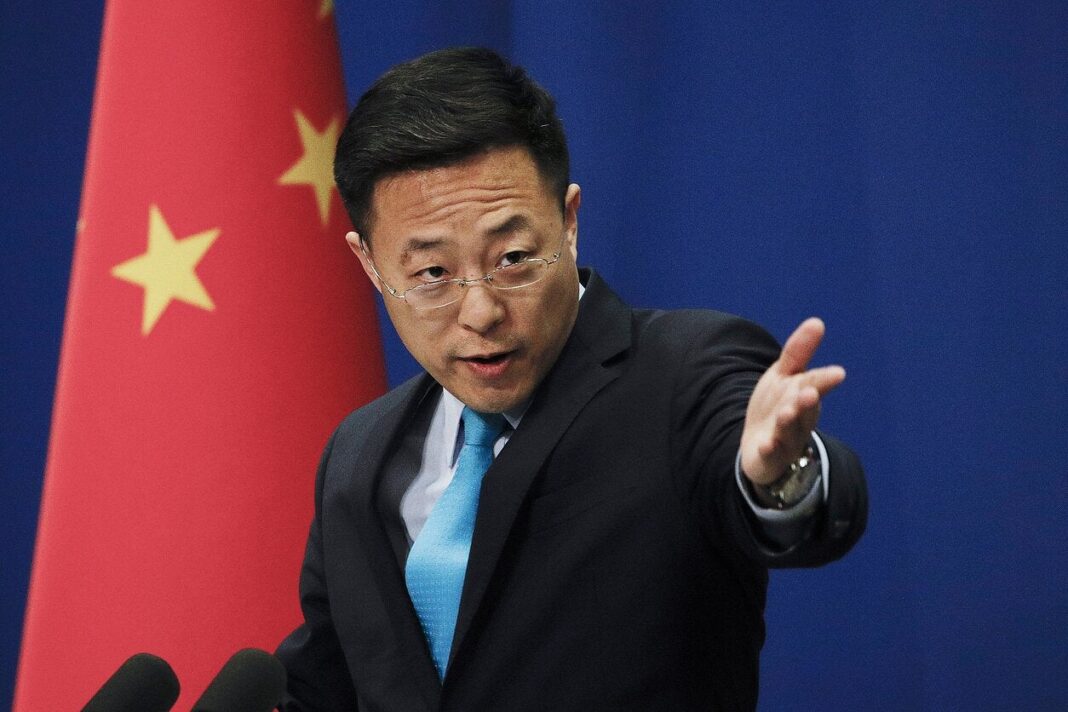 West News Wire: On Thursday, China retaliated against the US for its backing for Lithuania, a European country, in its dispute with Beijing over Taiwan ties.

Washington is exploiting the Baltic state to “contain China,” according to Foreign Ministry spokesman Wang Wenbin.

“The United States side has upheld Lithuania’s erroneous act of constructing ‘one China, one Taiwan,’ and sought to form a tiny clique that supports Taiwan independence movements,” Wang said at a regular briefing.

His comments come after top US and German officials warned Chinese pressure on Lithuania was unnecessary on Wednesday.

Lithuania broke with diplomatic custom last year by letting the Taiwanese office in Vilnius bear the name Taiwan, instead of Chinese Taipei, which most other countries use to avoid offending Beijing.

China considers Taiwan part of its territory with no right to diplomatic recognition, and Lithuania’s move infuriated Beijing, which withdrew its ambassador to Vilnius and expelled the Lithuanian ambassador to Beijing. Lithuania has since closed its embassy in Beijing.

Constant Chinese pressure has reduced the number of Taiwan’s formal diplomatic allies to just 14, although it has robust informal relations with the U.S., Germany and most other major nations.

Lithuania, a country of 2.8 million people, is a member of the European Union and NATO and a close U.S. ally.

Wang also blasted Taiwan’s move to create a $200 million investment fund for Lithuania to offset China’s economic reprisals as “dollar diplomacy,” adding that “soliciting foreign support to Taiwan independence will only lead to a dead end.”

Taiwan’s office, a de facto embassy, opened in November, and Lithuania is planning to open its own trade office in Taiwan later this year.

Taiwan said it is ready to help Lithuania in resupplying trade, with the island saying goods are stopped from entering China.

“There are more than 120 sea containers at least 1.5 million euro worth blocked by Beijing. We’re ready to take all of those and help Lithuanian companies,” Huang said.

In his remarks after a meeting with his German counterpart, Annalena Baerbock, U.S. Secretary of State Antony Blinken said, “We have immediate concern about the government of China’s attempts to bully Lithuania.”

Blinken said China has been pushing European and American companies to stop building products with components made in Lithuania or risk losing access to the Chinese market.

“We as Europeans stand in solidarity with Lithuania,” Baerbock stated.

China’s Foreign Ministry has not confirmed a trade embargo or other kinds of punishment against Lithuania, but has stated that Vilnius has crossed a “red line.”

China’s ruling Communist Party wields enormous authority over Chinese businesses that do not follow the government’s political and diplomatic agenda.