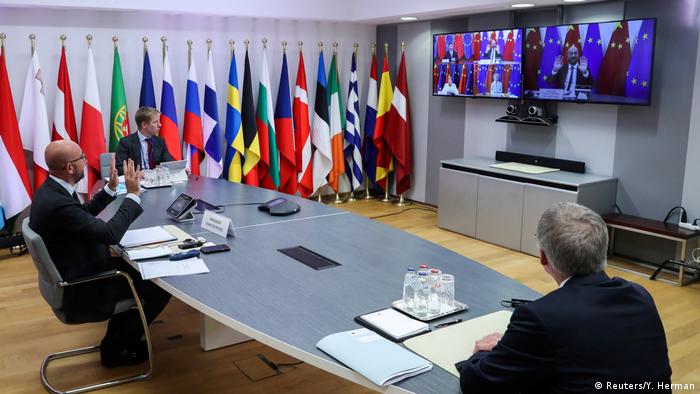 West News Wire: In the midst of concerns over the conflict in Ukraine, the treatment of Muslims who are an ethnic minority in Xinjiang, and an unratified investment agreement, China and the European Union will undertake high-level economic and trade negotiations.

On Tuesday afternoon, Beijing time, the virtual conference between economic representatives from the two sides will be co-chaired by Valdis Dombrovskis, executive vice president of the EU Commission, and Liu He, vice premier of China.

In a Monday tweet, Dombrovskis stated, “I look forward to co-chairing this important event with China Vice-Premier Liu He.”

The conversation takes place after months of unsuccessful attempts to schedule discussions following the heated EU-China summit in April, during which the parties were unable to come to an agreement on a joint statement due to disagreements over the war in Ukraine and human rights concerns.

EU High Representative Josep Borrell described the April summit as a “dialogue of the deaf” after European officials failed to secure reassurances that Beijing would not offer practical support to Russia as it wages war in Ukraine.

China has criticised Western sanctions against Moscow and promised to push for peace in “its own way”.

In May, the European Parliament voted to “freeze” a sweeping investment deal with China that was seven years in the making after Beijing slapped sanctions on European lawmakers in retaliation for the sanctioning of Chinese officials accused of oppressing the Uighur population in Xinjiang province.