wnw24
Home Politics China continues to be biggest danger of US: Pentagon 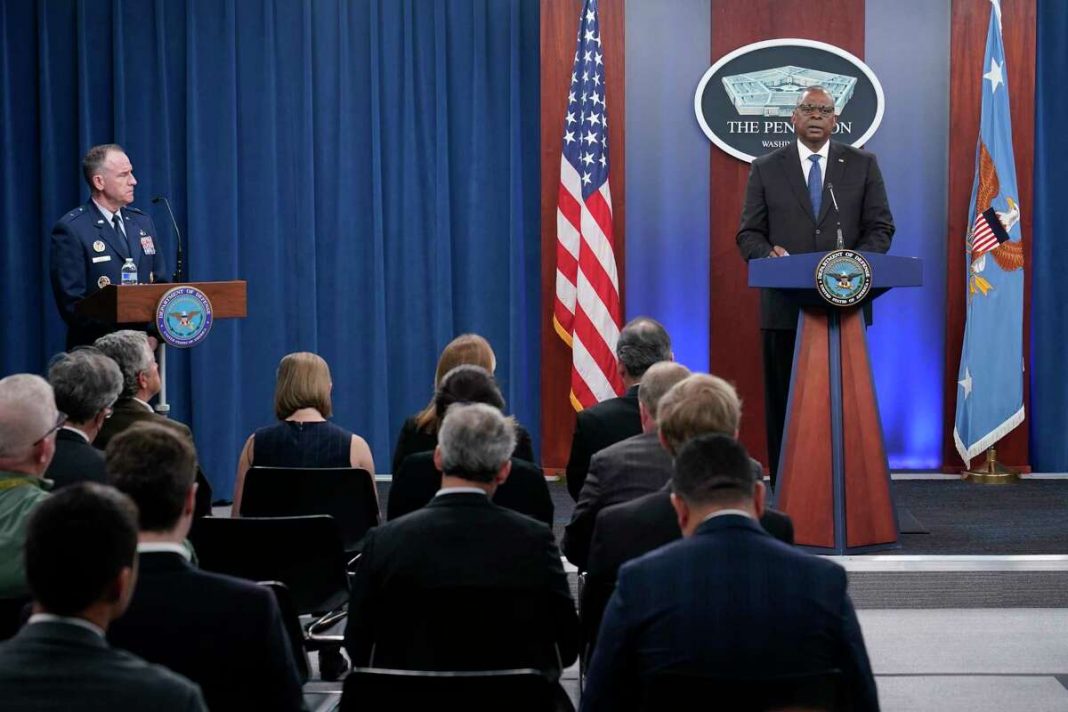 West News Wire: Even as the Ukraine conflict heightens tensions between Washington and Moscow, China continues to pose the greatest national security danger to the United States, according to the Pentagon’s most recent annual defense assessment.

According to the Pentagon’s 2022 National Defense Strategy (NDS) report, “the most comprehensive and serious challenge to US national security is the PRC’s (People’s Republic of China) coercive and increasingly aggressive endeavor to refashion the Indo-Pacific region and the international system to suit its interests and authoritarian preferences.”

Beijing has allegedly tried to weaken US alliances in Asia and use its expanding economic and military sway to “coerce its neighbors and endanger their interests,” according to the Pentagon. China has allegedly employed increasingly hostile language and coercion on Taiwan, threatening peace and stability in the region.

“This is part of a broader pattern of destabilizing and coercive PRC behavior that stretches across the East China Sea, the South China Sea and along the Line of Actual Control” on the Sino-Indian border, the report claimed. In the meantime, China has expanded and modernized nearly every aspect of its People’s Liberation Army, “with a focus on offsetting US military advantages.”

Even as it leads Western efforts to sanction Russia and provide Ukraine with billions of dollars in military aid, the US has ratcheted up tensions over Taiwan, which Beijing claims as part of its sovereign territory. US House Speaker Nancy Pelosi visited the self-governing island in August, after defying Beijing’s warnings that the trip would embolden separatists in Taipei and undermine US-China relations. After Pelosi traveled to Taiwan regardless, China responded by severing military and climate ties with Washington.

Read More
President Biden pledges to end war in Yemen, but actions are opposite

Because of Beijing’s investments in upgrading its nuclear weaponry, the US faces the challenge of deterring two major powers that possess advanced and diverse nuclear capabilities China and Russia thereby “creating new stresses on strategic stability,” the Pentagon said.

The report labeled Russia an “acute threat,” a step below the “pacing challenge” presented by China. “Russia’s unprovoked, unjust and reckless invasion of Ukraine underscores its irresponsible behavior,” Secretary of Defense Lloyd Austin said in a note accompanying the NDS. “Efforts to respond to Russia’s assault on Ukraine also dramatically highlight the importance of a strategy that leverages the power of our values and our military might with that of our allies and partners.”

Austin said that unlike China, Russia can’t “systematically challenge” the US over the long term. Beijing is “the only competitor out there with both the intent to reshape the international order and, increasingly, the power to do so,” he added.

China has previously bristled at being branded as a threat to US security. “We oppose the outdated Cold War mentality and zero-sum mindset,” Chinese foreign ministry spokeswoman Mao Ning said earlier this month.