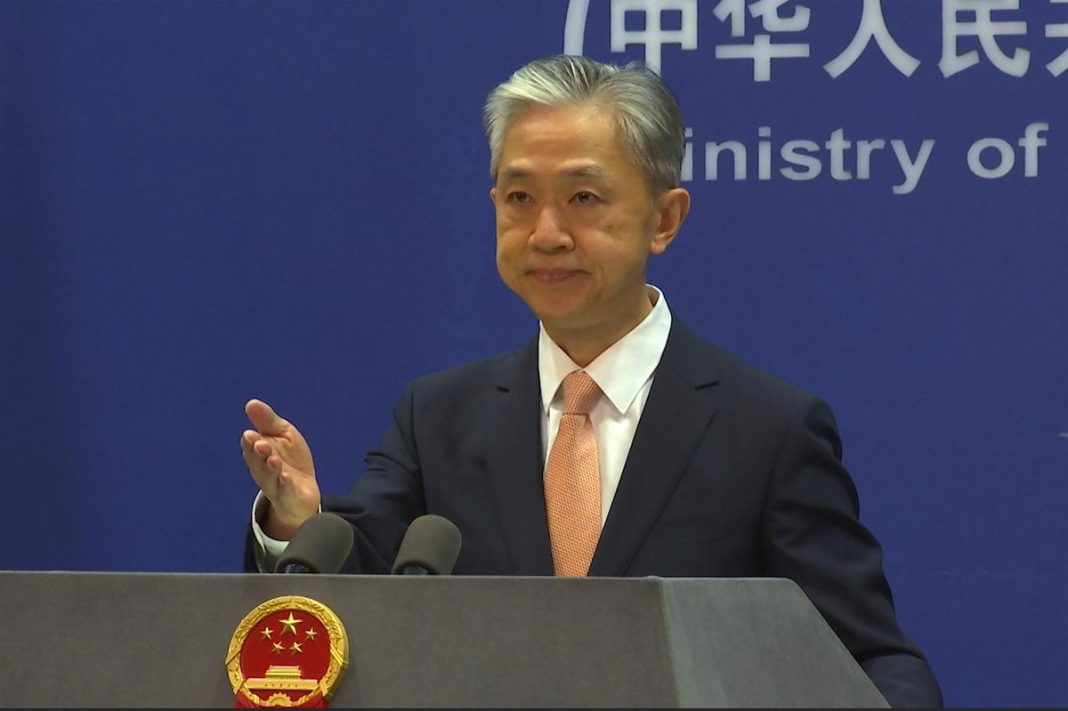 West News Wire: China slammed a speech by US Secretary of State Antony Blinken centred on relations between the world’s top two economic powers on Friday, saying the US was attempting to tarnish Beijing’s reputation.

Blinken said in his Thursday speech that President Joe Biden’s administration wants to lead the international bloc opposed to Russia’s invasion of Ukraine into a bigger alliance to resist what it sees as a more severe, long-term danger to global order from China.

According to Chinese Foreign Ministry spokesperson Wang Wenbin, the US is “basically spreading falsehoods” and “smearing China’s domestic and foreign policy.”

The goal of Blinken’s speech, according to Wang, was to “contain and stifle China’s development while maintaining US hegemony.” “We strongly condemn and condemn this.”

In his speech outlining the administration’s China policy, Blinken laid out a three-pillar approach to competing with Beijing in a race to define the 21st century’s economic and military balance.

Blinken said the administration believes China poses a major threat to the post-World War II order, even while the U.S. sees Russian President Vladimir Putin’s war in Ukraine as the most acute and immediate threat to international stability.

“Beijing’s vision would move us away from the universal values that have sustained so much of the world’s progress over the past 75 years,” Blinken said.

“China is the only country with both the intent to reshape the international order and, increasingly, the economic, diplomatic, military and technological power to do it,” he said. “Beijing’s vision would move us away from the universal values that have sustained so much of the world’s progress over the past 75 years.”

China has refused to denounce Russia’s invasion of Ukraine or even describe it in such terms, in deference to Moscow.

It has upped its threats against the self-governing island republic of Taiwan and expanded its military presence in the South China Sea, while sending Foreign Minister Wang Yi on a mission to the South Pacific with a sweeping security proposal that, even if only partially realized, could give China a presence much nearer to Hawaii, Australia and New Zealand, and on the doorstep of the strategic American territory of Guam.

At the same time, Blinken seemed to be striving to “stabilize the international order and China-U.S. relations,” Xiong said.

“We should strive for this goal and the goal is not unattainable,” he said.