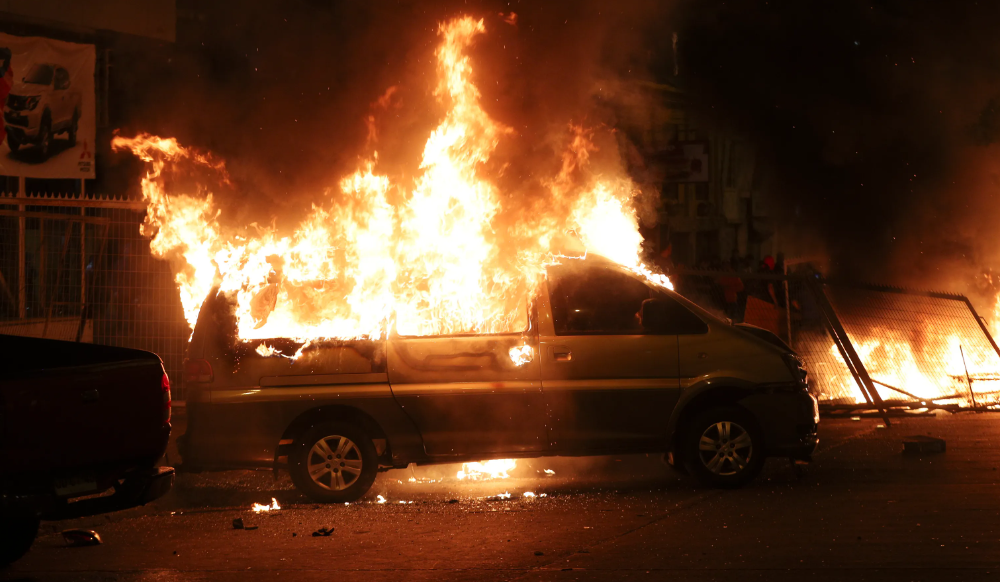 West News Wire: Authorities in Chile, a country in South America, are battling two fires that have already taken one life and are still posing a threat to property.

On Thursday, a fire started at the Ventanas port, while a another forest fire to the south, close to Vina del Mar, a seaside vacation town, has claimed at least one life and burned more than 100 dwellings.

Following the fire’s rapid growth on Thursday evening, the authorities proclaimed an emergency in the Vina del Mar region. The fire started that day and had destroyed around 125 hectares in just 24 hours (310 acres).

A number of neighborhoods have been evacuated, and different degrees of residential damage have been recorded.

Firefighters have had difficulty putting out the fires, but Manuel Monsalve,

assistant to Chile’s interior minister, said on Friday that “the forecast is to be able to control the fire during the day”.

Officials had previously said that the fire near Vina del Mar, a popular tourist destination about 120kilometres (75 miles) from the capital of Santiago, had killed two people and damaged or destroyed 400 homes.

Monsalve said that the earlier overcount was the result of combined estimates from various agencies.

No injuries have been reported in the fire at Ventanas, which is near a refinery and smelter facility operated by the state-run mining entity, Codelco. The company has said that the smelter was already shut down for maintenance and the refinery is operating as usual.

AES Chile, which operates a coal-fired power plant near the port, has said that the second unit of the plant, which is closest to the fire, has been taken offline.

Local media outlets have published photographs showing black plumes of smoke rising out of the port, which is located about 145km (90 miles) northwest of the capital city of Santiago.

Authorities around the world have struggled to contain increasingly intense wildfires, a problem exacerbated by climate change.

In certain parts of the western United States, for instance, wildfires have become a regular phenomenon, with massive blazes routinely forcing evacuations and growing to sizes that would have previously been seen as exceptional.

And in July, the European continent saw heightened fire activity amid a withering heatwave and drought conditions, with blazes breaking out in countries such as Greece, Portugal, Spain and France.