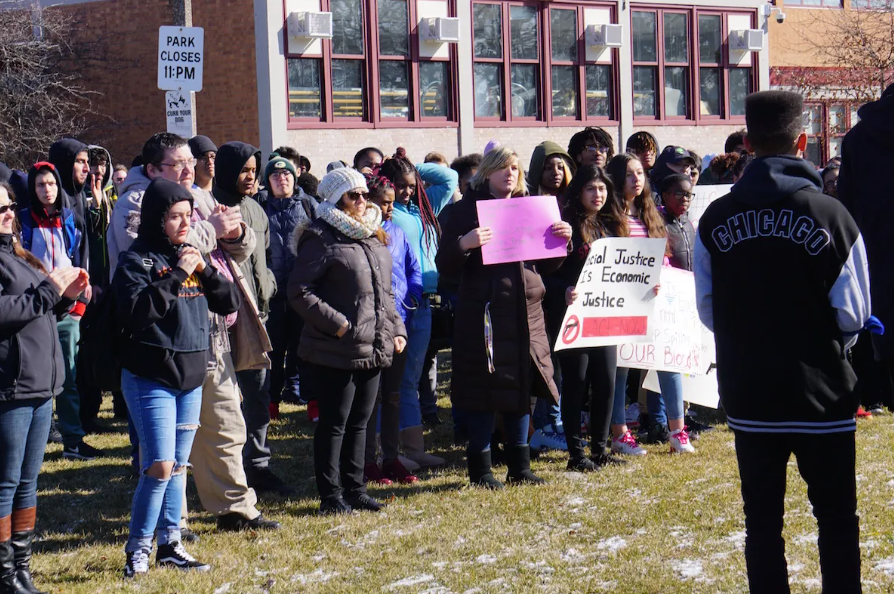 West News Wire: Just days after a shooting near their campus left two adolescents dead and two others injured, students at a high school in Chicago organized a classroom walkout to protest gun violence.

In the Pilsen district on the southwest part of the city, students at Benito Juarez Community Academy left their classes and congregated around a temporary monument where the shooting took place on Friday. The students urged the city’s authorities to increase campus security and combat gang activity.

Many of the students staged a memorial for the victims while releasing balloons into the air.

“I want Benito Juarez to be safer because, honestly, I felt like this situation wouldn’t have happened if it wasn’t a lot of gang activity around the school,” one of the student protest organizers, Kiya, told a news channel. “It’s scary for people like me, who are not gang-affiliated, that have to go to school every day and then wonder, ‘Dang, am I going to get shot?'”

Two other teenagers, a 15-year-old boy and a 15-year-old girl, were hit by gunfire and are expected to fully recover, according to police.

During a news conference Friday evening, Chicago Police Superintendent David Brown said the shooting occurred just as school was being dismissed for the day in staggered phases.

No arrests have been announced in the case.

“We are conducting a pretty aggressive investigation and all of our resources are being dedicated to insure that we bring these people to justice that caused this,” Brown said.

Police released a surveillance image Saturday of a person they believe was involved in the shooting, running away from the scene.