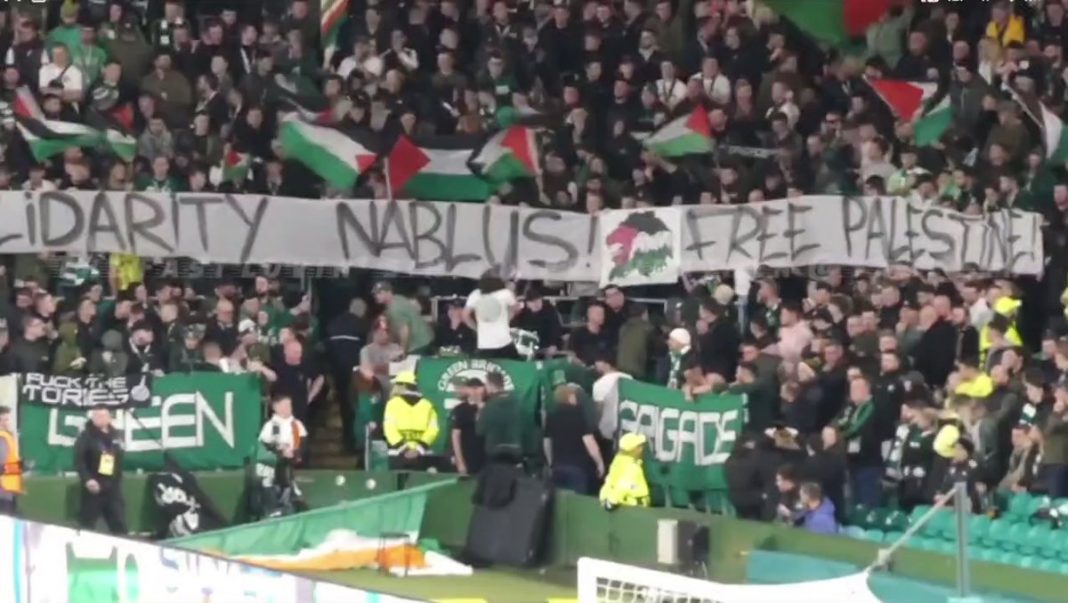 It comes after violent Israeli operations last week in the occupied West Bank left six Palestinians dead, including a teenager.

“I’d want to thank Celtic FC’s supporters for their [solidarity] and support for Nablus. The Palestinian people are aware that they are not fighting oppression and injustice alone! “Husam Zumlot, the Palestinian ambassador to the UK, tweeted.

Celtic’s support mostly comes from Scottish fans of Irish background who sympathise strongly with the Palestinian cause and see it as a reflection of their own struggle for a united Ireland.

In 2014, the club was fined $20,750 by UEFA after dozens of fans waved Palestinian flags at a game against Icelandic side KR Reykjavik after a devastating Israeli assault on Gaza which killed over 2,000 Palestinians.