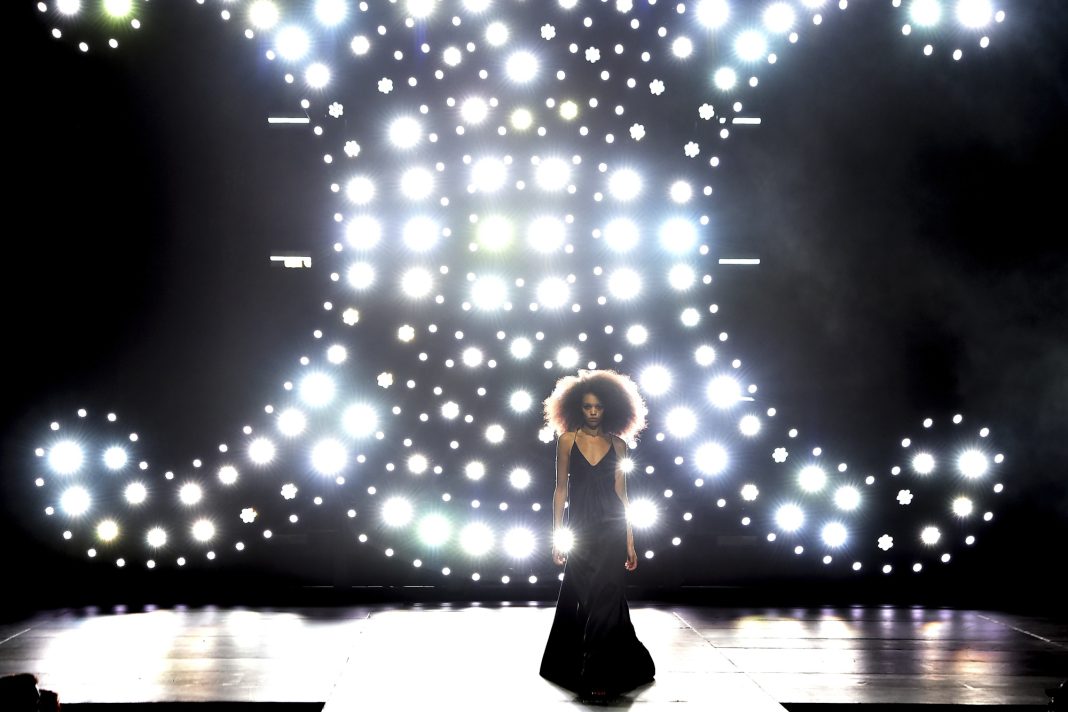 The fashion designer debuted dazzling black and gold gowns, fake fur coats, sleek leather leggings, and jackets and coats with gold buttons at their show at the Wiltern theatre, a historic Los Angeles landmark. The White Stripes’ rock-infused “Hello Operator” played in the background as each model strutted down the catwalk showcasing the most recent collection from the fashion company.

Once the show finished, Slimane briefly marched onstage holding Gerber’s hand, waved and took a bow at audience members mostly dressed in black who stood and applauded his fashion efforts.

The fall/winter fashion show ultimately turned into a big party in the lobby area as attendees were served food and drinks before being graced by live performances lasting a couple hours in the theater.

A night centered around rock aesthetics was wrapped up with performances by Iggy Pop, The Strokes, Interpol and The Kills.