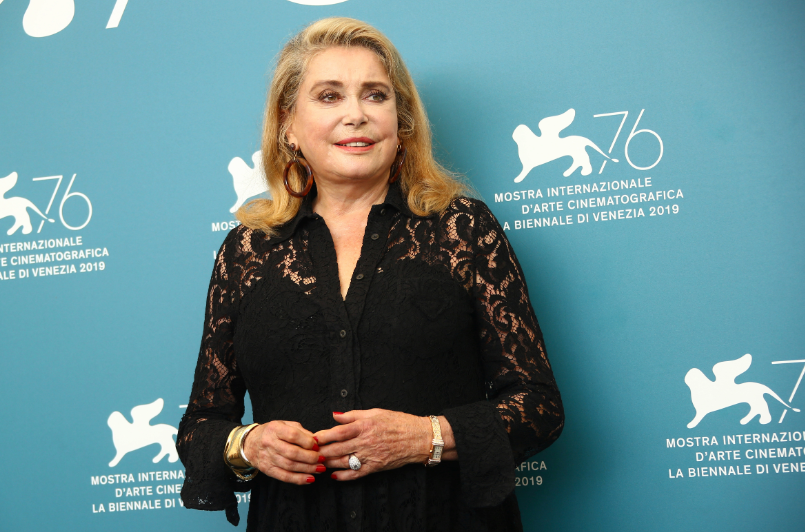 West News Wire: Even as she gets ready to accept a Lifetime Achievement Award at the Venice International Film Festival, Catherine Deneuve is not a big fan of looking back on the past.

Hours before receiving her medal, Deneuve told reporters, “We don’t have time to look back.” “This is the moment, and we must keep moving forward.”

The renowned French actor is still very busy at the age of 78. She recently finished filming in Paris and will soon begin filming in Belgium. She believes that the business climate in Europe is preferable to that in America for older women and actresses.

Deneuve has a long history with the Venice Film Festival, going back to 1967 when she won the Golden Lion for her portrayal of a well-heeled housewife who starts working at a brothel in Luis Buñuel’s classic “Belle de Jour.” In 1998, she won the festival’s Volpi Cup for “Place Vendôme.” She’ll collect this latest honor, another Golden Lion, at the festival’s opening night.

Though she is often described as an icon of cinema, Deneuve rejects the term for herself. She also said she doesn’t think she was ever a “sex symbol” either.

But she still treasures the films she made with directors Jacques Demy (“The Umbrellas of Cherbourg,” “The Young Girls of Rochefort” and “Donkey Skin”) and François Truffaut (“The Last Metro”). Demy in particular, she said, was very important in her early career when she hadn’t yet had much experience in film.

“Today, the important things are the same: The story I want to tell the screenplay the environment we create the people I will spend time with,” Deneuve said.

Read More
Belgium to shut down all nuclear plants by 2025

She also continues to seek out new movies and wants to see them in a crowd at a theater.

“I love cinema. I love going to the cinema,” she said. “I want to be in a cinema with people I don’t know. It’s not just the sound. It’s the atmosphere. At home, it’s very different. You don’t feel things the same at all.”