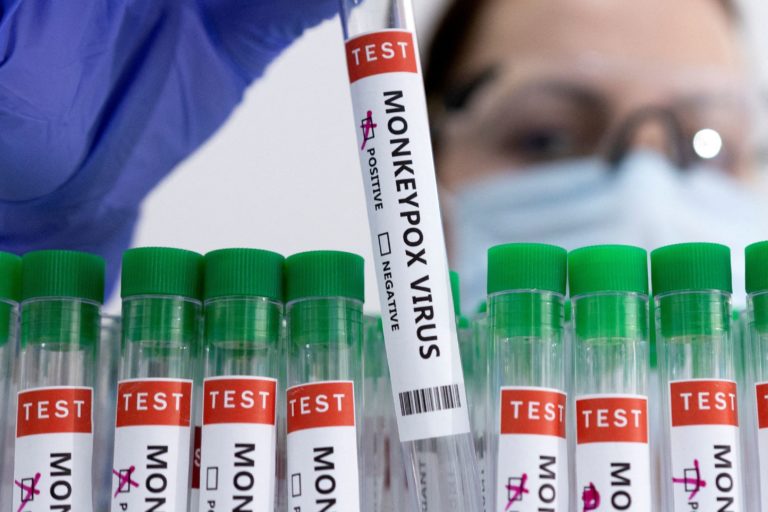 West News Wire: According to public health officials, genetic analysis has revealed that there are two distinct strains of monkeypox in the United States, raising the possibility that cases may have gone “under the radar” previously.

More research is needed to determine how long the virus has been circulating in the country, according to Jennifer McQuiston, a spokesperson for the Centers for Disease Control and Prevention (CDC).

“It’s certainly possible that there were monkeypox cases in the United States that went unnoticed previously,” she said, “but not to any great extent.”

Nonetheless, she added, “community-level transmission could be occurring” in parts of the US where the virus has yet to be identified.

The CDC said it is likely more cases will be reported.

Dr Angela Rasmussen, a virologist at the University of Saskatchewan in Canada, said the findings suggest that the virus will be harder to contain.

“We don’t really have a good sense of how many cases there are out there,” Rasmussen told The Associated Press news agency.

Monkeypox, which does not usually spread easily among people, is endemic in parts of Africa, where it has been transmitted through bites from small animals.

Last month, Europe and the United States started detecting cases of the virus. Health officials in many countries are investigating monkeypox transmission.

As of Friday, US health authorities had identified at least 21 cases in 11 states. Monkeypox symptoms can include swelling of the lymph nodes, followed by skin rashes.

The US and Europe have not recorded deaths related to monkeypox so far. But Rasmussen warned that infections could turn fatal if they start spreading to vulnerable people.

She added that the virus may start affecting the country’s rodent population even if it is contained among humans. “It’s not out of the question,” Rasmussen said.

The CDC has said its scientists are “tracking multiple cases of monkeypox that have been reported in several countries that don’t normally report monkeypox, including the United States”.

In an advisory to travellers, the CDC has recommended wearing masks and avoiding contact with sick people as well as small animals, including rodents.

It said the risk to the general public is “low” but called on people experiencing unexplained skin rashes to seek medical attention “immediately”.