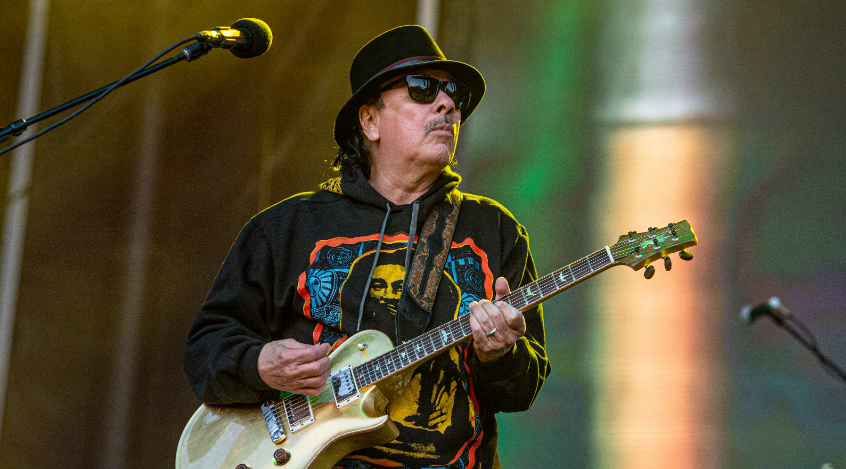 West News Wire: Following his collapse on stage during a performance on Tuesday, Carlos Santana has canceled his next six shows and temporarily left the stage “out of an abundance of caution for the artist’s health.”

“Carlos is in good health and is eager to return to the stage soon. Just some rest will do,” Vrionis said. Doctors advised Mr. Santana to rest so he could fully recover.

Live Nation will be announcing the rescheduled show dates. All shows as planned beginning July 23 in Paso Robles, California, through the end of 2022 are still confirmed and will be performed as scheduled.

On Tuesday, the legendary guitarist was taken to a hospital after suffering heat exhaustion and dehydration while performing at Pine Knob Music Theatre in Clarkston, some 40 miles northwest of Detroit.