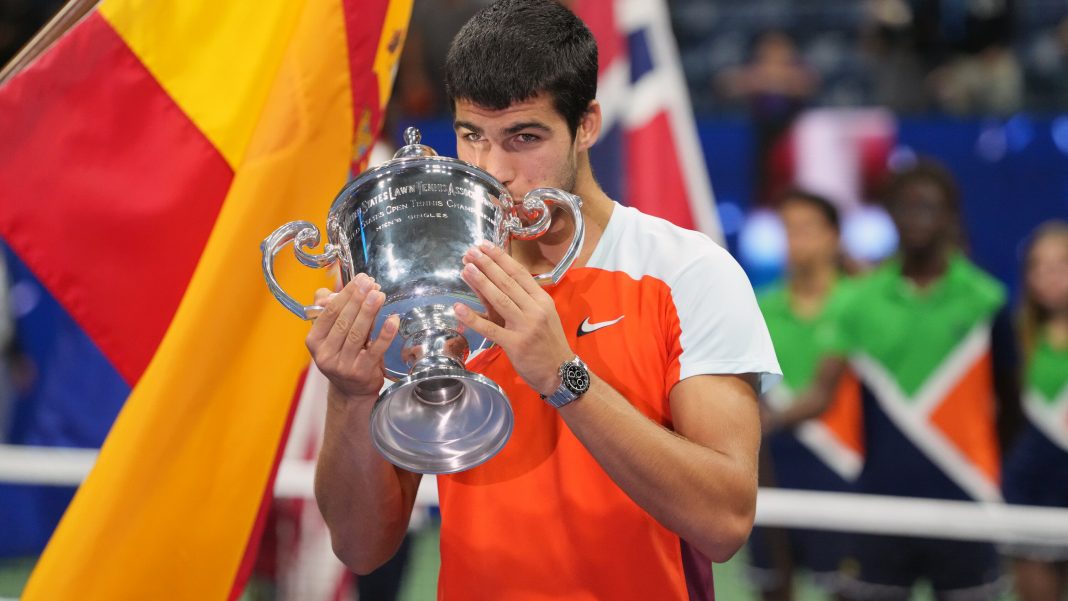 West News Wire: In the US Open final on Sunday, Carlos Alcaraz defeated Casper Ruud with a combination of guts and experience to win his maiden Grand Slam title at the age of 19 and become the youngest person to hold the No. 1 ranking.

Alcaraz, a Spaniard, was competing in his second major tournament at Flushing Meadows and eighth overall, but he had already drawn much notice as the sport’s potential Next Big Thing.

At Arthur Ashe Stadium, Alcaraz was serenaded by choruses of “Olé, Olé, Olé! Carlos!” that echoed off the closed roof. Alcaraz would frequently signal for the cheering spectators to get louder.

He only briefly showed signs of fatigue from having to get through three consecutive five-setters to reach the title match, something no one had done in New York in 30 years.

Alcaraz dropped the second set and faced a pair of set points while down 6-5 in the third. But he erased each of those point-from-the-set opportunites for Ruud with the sorts of quick-reflect, soft-hand volleys he repeatedly displayed.

And with help from a series of shanked shots by a tight-looking Ruud in the ensuing tiebreaker, Alcaraz surged to the end of that set.

One break in the fourth was all it took for Alcaraz to seal the victory in the only Grand Slam final between two players seeking both a first major championship and the top spot in the ATP’s computerized rankings, which date to 1973.

Ruud is a 23-year-old from Norway who is now 0-2 in Slam finals. He was the runner-up to Rafael Nadal at the French Open in June.