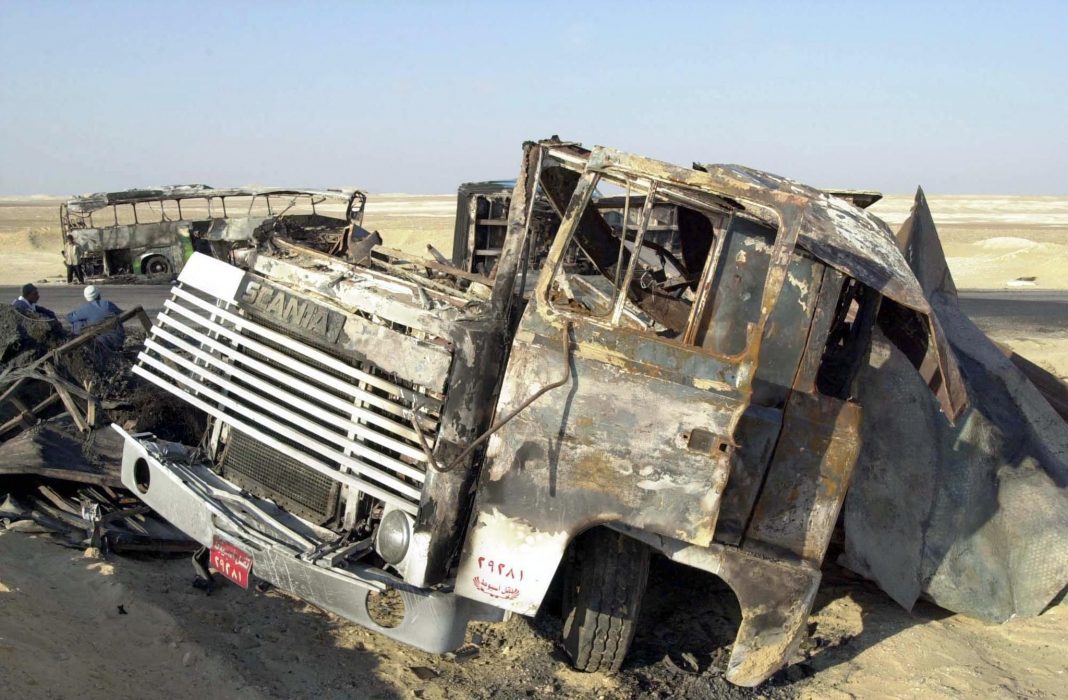 West News Wire: Authorities reported on Saturday that there were at least nine fatalities and 18 injuries in a microbus accident in southern Egypt.

According to a statement from the provincial government of Minya province, the accident happened on Friday after a passenger car’s tire blew out on a highway there, 170 miles (273) south of Cairo.

According to the statement, the microbus a kind of public transportation minivan was carrying passengers from the province of Sohag to Cairo.

The statement stated that ambulances raced to the scene and transported the injured to hospitals in Minya.

Egypt has a dismal track record when it comes to transportation safety, and deadly road accidents claim hundreds of lives every year. Most accidents and collisions are brought on by speeding, poor roads, or lax traffic enforcement.

Earlier this month, a microbus collided with a truck in Sohag, killing at least 17 people and injuring four others. In July, a passenger bus slammed into a parked trailer truck in Minya, leaving 23 dead and a least 30 wounded.