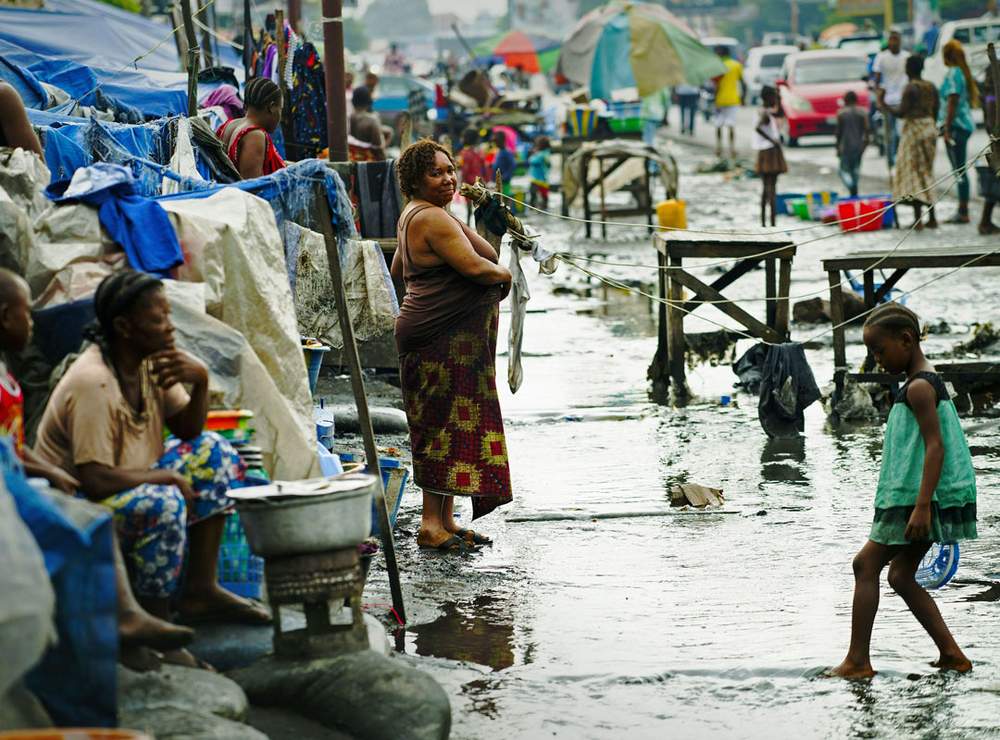 West News Wire: In Kinshasa, the capital of the Democratic Republic of the Congo, severe rains caused landslides and floods that resulted in at least 50 fatalities.

Sylvano Kasongo, the city’s police chief, stated on Tuesday that “we are already at over 50 deaths and that is not yet official.”

With a population of about 15 million, Kinshasa has developed from a cluster of fishing villages on the banks of the Congo River into one of Africa’s biggest megacities.

Kinshasa has been more susceptible to flash floods following heavy rains, which have become more common due to climate change, as a result of poorly controlled fast urbanization.

Arterial roads in the centre of Kinshasa were submerged. Images shared on social media showed a landslide in the hilly Mont-Ngafula district, cutting off Highway 1, which is a key supply route linking the capital with the Atlantic Ocean port of Matadi.

“We’ve never seen a flood here on this scale,” Blanchard Mvubu, who lives in Mont-Ngafula, told an AFP reporter at the scene.

“I was asleep, and I could feel water in the house … it’s a disaster. We’ve lost all our possessions in the house, nothing could be saved.”

Close by, a young man was asking for 500 Congolese francs ($0.24) from passers-by to carry them on his back across the submerged street.

Another man, who identified himself as a teacher, was walking barefoot in the water, holding a pair of shoes in one hand and a plastic bag with documents in the other.

“I’ve got no other choice,” he said. “I have to give schoolchildren an exam.”

The prime minister and provincial governor were visiting the flooded areas, and local officials were expected to meet representatives of the interior ministry and other state bodies to address the emergency.

At least 39 people died in Kinshasa in 2019 when torrential rains flooded low-lying districts and some buildings and roads collapsed.

In addition to damaged infrastructure, each day of flooding in Kinshasa costs households a combined $1.2m because of the large-scale transportation disruption, according to a 2020 World Bank paper.