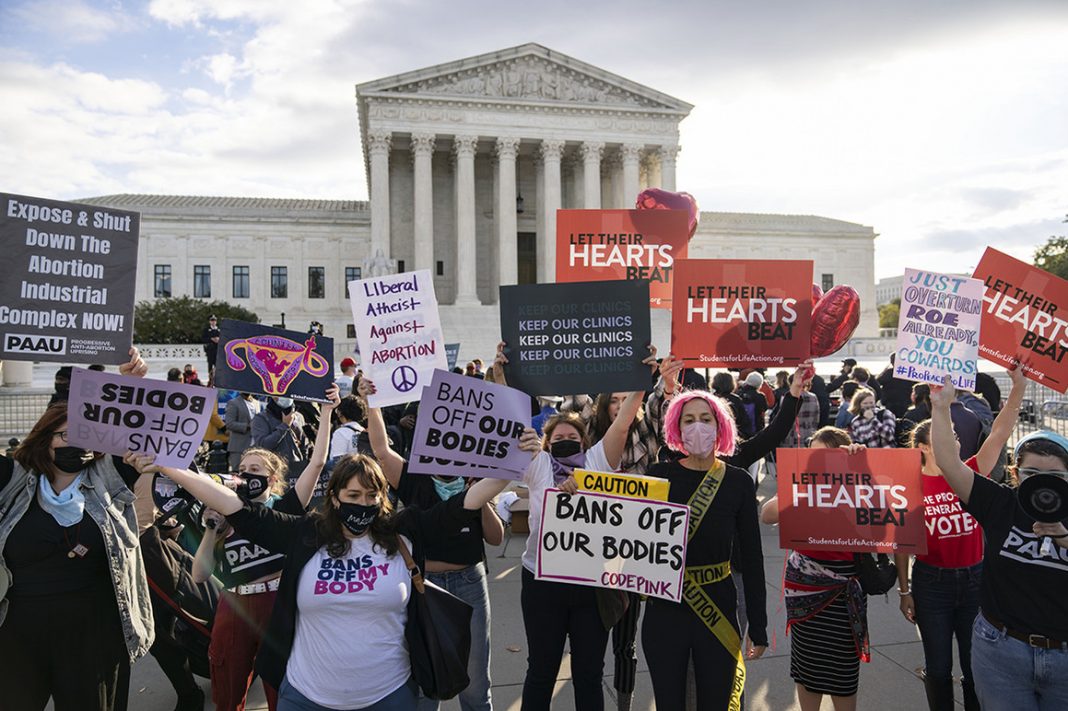 West News Wire: As a leaked draught Supreme Court ruling suggests, the court may be on the verge of overturning Roe v. Wade’s abortion rights, state legislators in New York and California are working to expand access to reproductive services for people from other states.

The draught majority judgement in Dobbs v. Jackson Women’s Health Organization was leaked to Politico earlier this week, and Chief Justice John Roberts acknowledged its authenticity by ordering an investigation into its public distribution.

The document “does not constitute a conclusion by the Court or the final position of any member on the issues in the case,” Roberts said in a statement.

State legislators in California have proposed a package of bills to address what they expect to be an influx in people seeking access to abortion in the state if Roe is overturned. New York lawmakers have also proposed legislation that would help people pay for abortions, even allowing taxpayers to contribute donations.

U.S. Senate Democrats, who have widely criticized the court’s apparent decision, are planning a vote on a proposed bill, the Women’s Health Protection Act, next week which would codify Roe v. Wade, making it federal law. The bill would also outlaw all abortion legislation at the state level, including legislation that was in line with Roe. But it is unlikely to become law, despite passing in the House.

With the Supreme Court decision expected over the summer, lawmakers in Canada expressed concern over how the court’s apparent decision would limit access to abortion in Canada and the U.S.

“One of the concerning factors here is that there are many Canadian women who maybe don’t live near a major city in Canada, but will often access these services in the United States,” Karina Gould, Canada’s families, children and social development minister, told the CBC. “I’m very concerned about the leak yesterday. I’m very concerned about what this means, particularly for American women, but also for Canadian women.”

Anti-abortion rights groups, such as Live Action, have criticized California’s laws, one of which they said would permit abortions through all nine months of pregnancy. This includes what Live Action’s president called “death by neglect” by failing to provide medical care during the perinatal period after a child is born.

“That should not be the right of California to do. They don’t have the right to endanger children in the womb that way,” said Lila Rose, the president and founder of Live Action.