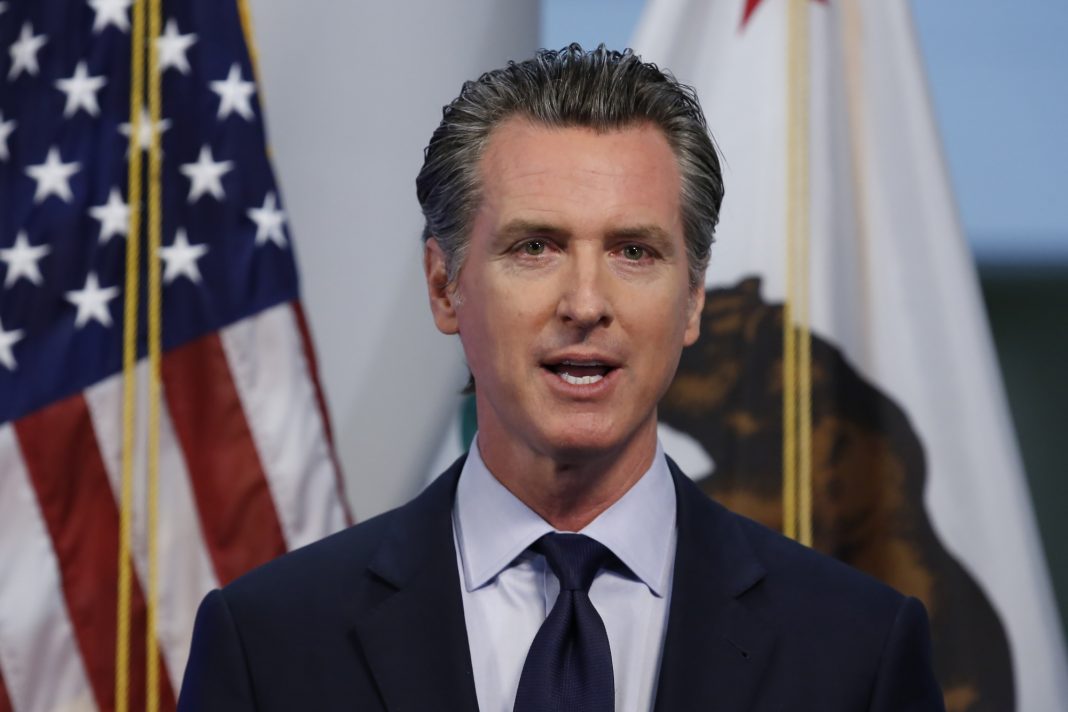 The Supreme Court’s new conservative majority is debating whether to overturn Roe v. Wade, the landmark 1973 decision that barred states from prohibiting abortion.

According to the Guttmacher Institute, a research and policy organisation that promotes abortion rights, at least 26 states are likely to outright ban abortion or severely restrict access if they do.

That would force many women to travel to other states to get abortions, prompting Democratic-led states like California to propose and pass new laws to prepare for them.

Last week, Democratic Washington Gov. Jay Inslee signed a law aimed at banning legal action against people who aid or receive an abortion, a measure responding to the Texas law that lets people sue abortion providers or those who assist them.

Oregon lawmakers included $15 million in their state budget to help pay for people to travel to the state to get abortions.

California has a similar bill, one of 14 proposals aimed at expanding and protecting access to abortion in the nation’s most populous state. The bills were inspired by a report from the Future of Abortion Council, a group Newsom convened last year to advise him about how to respond if Roe v. Wade is overturned.

“We’re looking at 26 states that will introduce some sort of ban and restriction on abortion, so you have the other half of the country that will need to prepare for how we take care of those patients,” said Jodi Hicks, CEO and President of Planned Parenthood Affiliates of California. “We’re all imagining and trying to prepare correctly for what that impact will be.”

California already requires health insurance companies to cover abortions. But insurers often charge things like co-pays and deductibles that can add an average of $543 to the cost of a medication abortion and $887 to the cost of a procedural abortion, according to an analysis by the California Health Benefits Review Program.

The law Newsom signed on Tuesday eliminates those fees. While the law will make abortions cheaper, it will also slightly increase monthly premiums for patients and their employers.

But the savings from eliminating the fees will be greater than the increased premiums, according to an analysis by the California Health Benefits Review Program.

“As states across the country attempt to move us backwards by restricting fundamental reproductive rights, California continues to protect and advance reproductive freedom for all,” Newsom said.

The U.S. Supreme Court is expected to decide this summer whether to uphold a law in Mississippi that bans abortions after 15 weeks of pregnancy. During a public hearing on the case last year, a majority of justices indicated they were willing to uphold the law and even overturn Roe v. Wade.

That case prompted swift action in state Legislatures across the country. Last week, lawmakers in Idaho sent a bill to the governor that would ban abortions after six weeks of pregnancy. In Missouri, lawmakers introduced a bill that would make it illegal for the state’s residents to get abortions in other states.

States like California, however, are drafting proposals to counter those measures. They include bills to ban disclosing abortion medical records to police or other out-of-state entities and protect patients and providers from civil liability.

The measures would expand California’s abortion workforce, allowing some nurse practitioners to perform the procedure without the supervision of doctors and setting up a scholarship program for people studying reproductive health who agree to work in underserved areas.