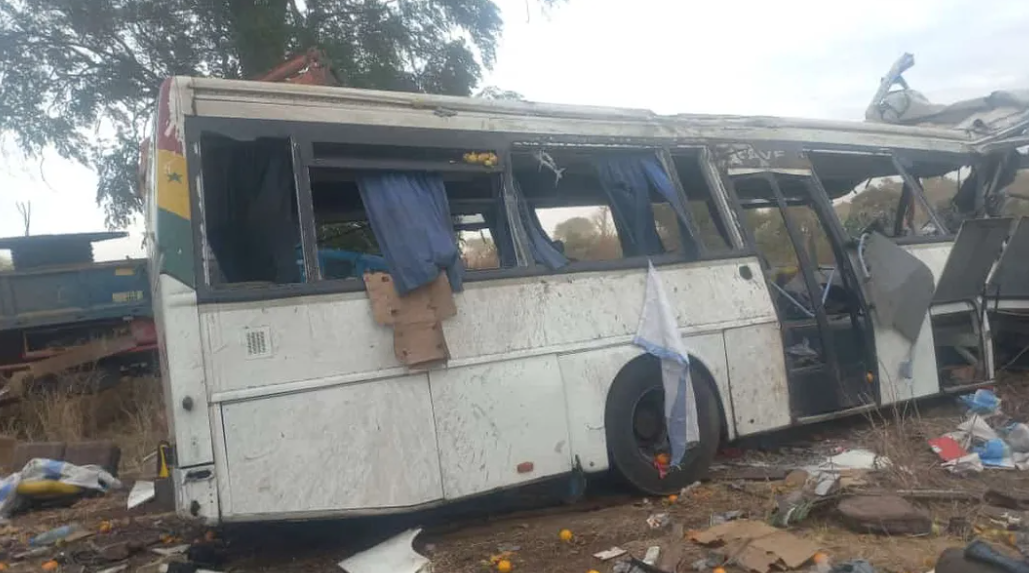 The fire brigade stated that the bus, which has a seating capacity of 60, was traveling to Rosso close to the Mauritania border and that it was unclear how many people were on board.

Colonel Cheikh Fall, commander of operations for the National Fire Brigade, described the occurrence as “a serious accident” and noted that 87 persons had been hurt.

Victims were taken to a hospital and medical centre in Kaffrine, he said. The wreckage and demolished buses have since been cleared and normal traffic has resumed, said Fall.

Public prosecutor, Cheikh Dieng, said early investigations suggested that the accident happened when “a bus assigned to the public transport of passengers, following the bursting of a tyre, left its trajectory before colliding head-on with another bus coming in the opposite direction”.

“I am deeply saddened by the tragic road accident,” President Sall said on Twitter. “I extend my heartfelt condolences to the families of the victims and wish a speedy recovery to the injured,” he added.

This is one of the heaviest death tolls from a single incident in recent years in a country where road accidents are common largely because of a lack of driver discipline, poor roads and decrepit vehicles, according to experts.

In October 2020, at least 16 people were killed and 15 more injured when a bus collided with a refrigerated lorry in western Senegal. Local media said at the time that the lorry was hauling fish to Dakar.