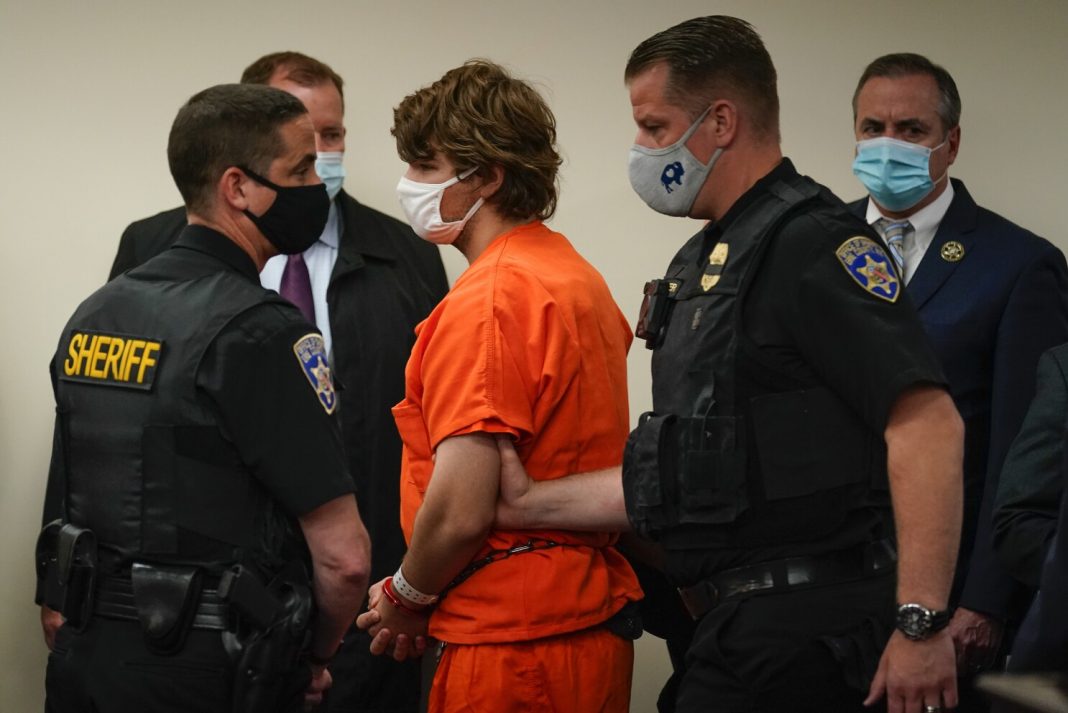 West News Wire: Payton Gendron, the white guy charged of murdering ten Black people at a Buffalo, New York supermarket, made a brief appearance in court after a grand jury indicted him on a first-degree murder charge.

Gendron, 18, donned an orange jail uniform and a mask and remained mute during the one-minute hearing on Thursday, which was attended by several victims’ relatives.

Payton Gendron’s indictment was handed down on Wednesday, according to Assistant District Attorney Gary Hackbush.

Someone shouted “Payton, you’re a coward!” as he was led out. He is being held in jail without bail.

The latest US racist mass shooting at a supermarket on Saturday has revived a national debate about guns, domestic terrorism, hate and the internet’s role in spreading it.

Thirteen people in all were shot at the Tops Friendly Market in a predominantly Black neighbourhood of Buffalo. Authorities are continuing to investigate the possibility of hate crime and terrorism charges.

Gendron, livestreamed the attack from a helmet camera before surrendering to police outside the store. Shortly before the attack, he posted hundreds of pages of writings to online discussion groups where he detailed his plans for the assault and his racist motivation.

Investigators have been examining those documents, which included a private diary he kept on the chat platform Discord.

In New York, prosecutors can charge a defendant with first-degree murder only under special circumstances, including when multiple people are killed in a single incident, like in the Buffalo shooting. The single count against Gendron covered all 10 deaths at the supermarket.

President Joe Biden, in a visit to Buffalo on Tuesday, condemned white nationalists, as well as online platforms, media outlets and political rhetoric he criticised for spreading racist conspiracy theories.