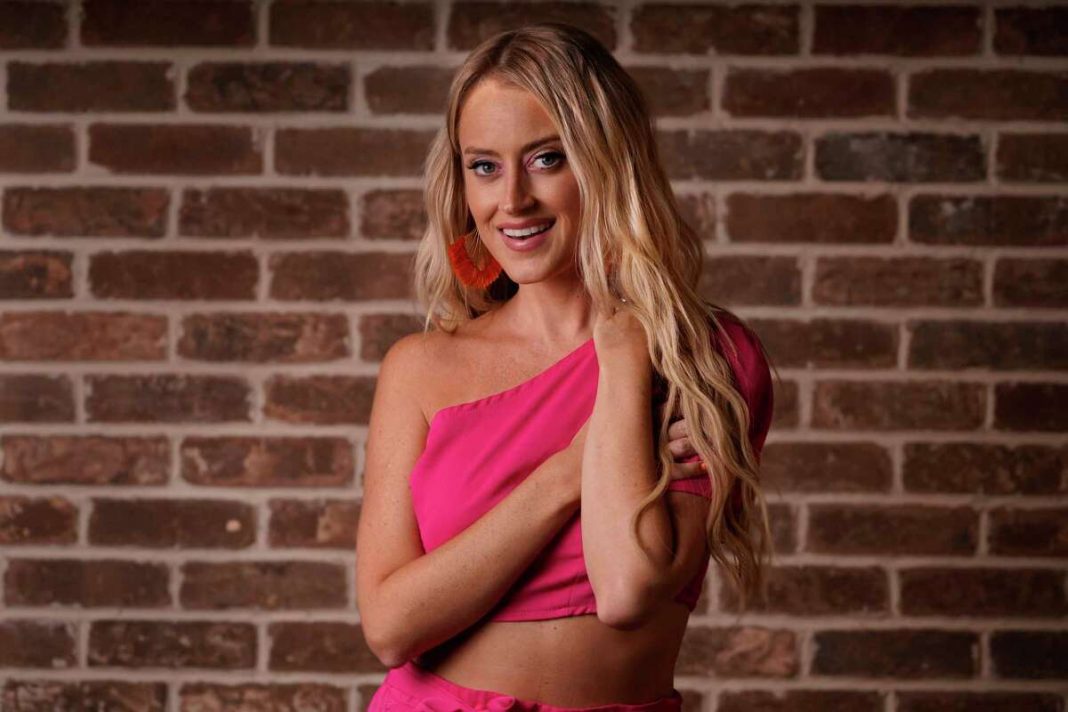 West News Wire: As she counts down the days before her forthcoming seaside wedding, country singer Brooke Eden exudes the warmth that newly engaged people have while talking about travel plans and mother-in-laws who have become close through text messaging.

The singer, who was born in Florida, discovered self-love along with falling in love. That required not just reintroducing herself to fans but also caring for herself after extended periods of touring left her physically ill.

In this phase of writing music, Eden, whose new EP “Choosing You” was released in July, remarked, “I was writing purely for me for the first time.” “I wasn’t trying to express what other people wanted me to say or write,’ I said. Since I was writing from the bottom of my heart, and it’s the first time that I really wrote like within this self-love chapter of my life.”

Eden released her first new music in years in 2021 with a trilogy of sunshiny singles, including the Motown-inspired “Sunroof,” in which she introduced the world to her longtime girlfriend, now fiancée, Hilary Hoover. Her follow-up EP this summer went deeper into the sound of soulful country pop as Eden explored her personal growth and resilience.

Eden talked to The Associated Press about her decision to publicly come out as queer, escaping toxic situations and having a viral moment with country star Trisha Yearwood. Responses have been edited for brevity and clarity.

I write about love constantly because it’s something that was so foreign to me until I met my fiancée. Like, I never understood Taylor Swift until 6 1/2 years ago because I was like, “Teardrops on your guitar?’” Like, girl, get over him. He’s a jerk, whatever. And now I’m like, Oh, my God. If that ever happened to me, I would be crying on my guitar, too! So love made me understand life so much more. And it helped me become a better writer. And I’m sure a better friend, more empathetic and understanding. And that goes into my songwriting. It’s really cool to get to write about it from a first-person perspective of this is what love should feel like and this is what love shouldn’t feel like.