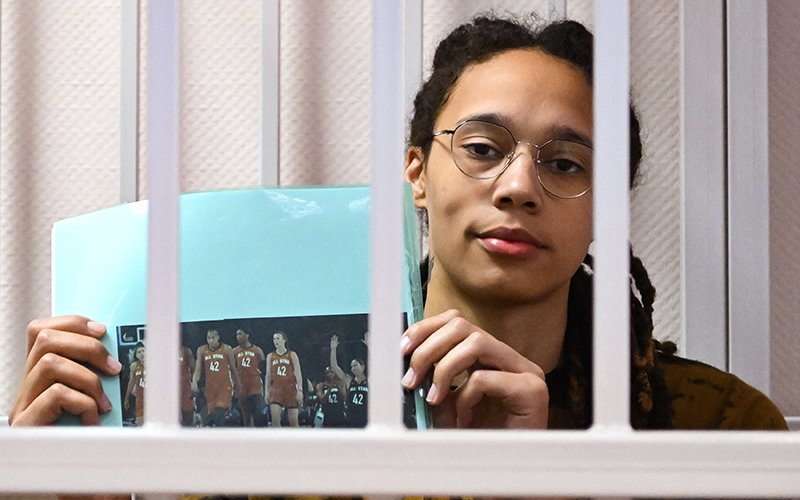 West News Wire: Still jailed is Brittney Griner. Additionally, the Phoenix Mercury star was formally given a nine-year prison term for drug-related offenses last week. It is obvious that Griner’s fate is disproportionate and unjust. More importantly, it’s a devastating indictment of how America continues to fail Black women both at home and abroad.

One of the most talented and spectacular women’s basketball players in the world is Griner. The ESPY award-winning, all-American champion who helped Team USA win three Olympic gold medals after an incredible college career and was selected first overall in the WNBA draft is regarded as one of the greatest players to have ever played the sport. And yet, in the early days of her arrest, there was near radio silence about her unfair detention.

To put this into perspective, there is no universe in which an arrest involving Michael Phelps, Roger Federer or Tom Brady would not immediately make headline news across the globe. It simply would not play out that way.

But regardless of her elite status, the US had a duty to fight for Griner and her freedom, and failed woefully to meet that duty. Trevor Reed a former US marine who himself was recently freed from a Russian prison after the government negotiated a prisoner exchange on his behalf said it best: “In my opinion, the White House has the ability to get them out extremely fast, and they clearly have chosen not to do that. So no, in my opinion, they’re not doing enough.”

And while it’s clear that the US government didn’t fight nearly hard enough for her in those crucial early days, the ways that America failed Griner go well beyond the fact that she’s staring down nearly a decade behind bars.

She initially failed to explain why she had come to Russia. As she has done every offseason for the past few years, the WNBA champion was traveling to Russia to play in the Russian Premier League. But it’s not only for fun. There are just 14 players in the entire league who make $200,000 or more thanks to the pitifully cheap WNBA wages. Griner is one of them; according to her most recent contract, she makes an average of $221,515 year. Comparatively, LeBron James and Kevin Durant averaged $42,827,766 and $48,554,830, respectively. Griner is an example of a female player who is frequently forced to play in foreign leagues during their WNBA break due to this inequality. Basketball aside, though, it’s impossible to ignore the tragic irony that surrounds Griner’s situation. She is stuck in a diplomatic quagmire between two countries that hate each other, but also hate everything she is; Black, queer and female.

Basketball aside, though, it’s impossible to ignore the tragic irony that surrounds Griner’s situation. She is stuck in a diplomatic quagmire between two countries that hate each other, but also hate everything she is; Black, queer and female.

“Today’s sentencing of Brittney Griner was severe by Russian legal standards and goes to confirm what we have known all along, that Brittney is being exploited as a political pawn,” her agent Lindsay Colas stated in a release on Thursday in response to the announcement of her punishment.

Colas is correct to characterize Griner as a political pawn, but it would be imprudent to omit to mention who Griner is and why she made such a simple target. Griner is a gay Black woman trapped in a conflict between two nations, each of which has a long history of anti-Black prejudice and prejudice against LGBTQ+ individuals.

Though it remains to be seen if she will spend the next almost ten years in a Russian prison, there is yet some optimism. Bill Richardson, a former UN ambassador who has been assisting Griner’s team, expresses optimism on a potential prisoner exchange that would release Griner.

However, the harm will have have been done regardless of how this turns out. Griner will already have spent months in custody, so she undoubtedly needs some time to rest and heal. And this will always be America’s history when we reflect on what transpired when a Black, queer woman who is one of the most significant sports icons in the nation was wrongfully imprisoned abroad.