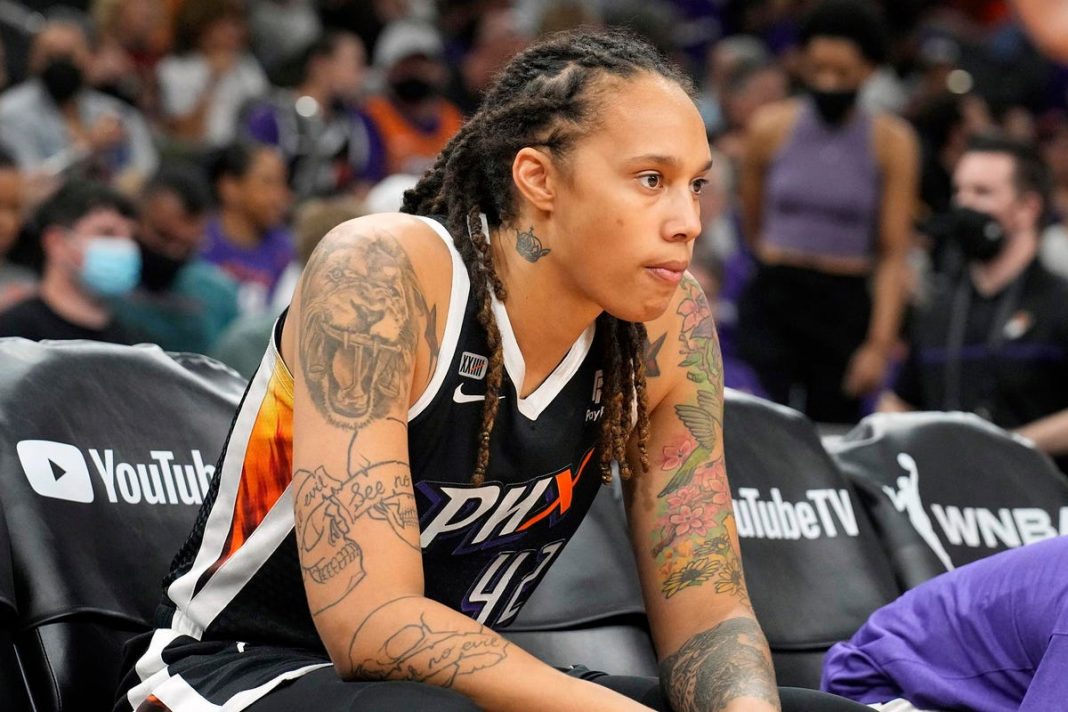 West News Wire: According to her representatives, Brittney Griner personally contacted President Joe Biden and pleaded with him to assist in freeing her from Russian custody.

The White House received a handwritten letter from Griner on Monday, some of which were made public. She expressed concern there that she would be detained “forever” in Russia.

Griner wrote to the president, “I’m terrified I might be here forever. I sit here in a Russian prison, alone with my thoughts and without the protection of my wife, family, friends, Olympic jersey, or any accomplishments.

The WNBA star was detained on February 17 at Russia’s Sheremetyevo International Airport after being charged with possessing hashish oil-containing vape cartridges, which are prohibited in the nation.

“It hurts thinking about how I usually celebrate [the Fourth of July] because freedom means something completely different to me this year,” she wrote.

Last Friday marked the first day of Griner’s trial. She appeared in person at a courtroom in Khimki, a suburb of Moscow. Her detention in Russia was extended to Dec. 20, the expected length of her trial.

Griner’s family and friends have called for the Phoenix Mercury star to be released and for the Biden administration to act.

“I just keep hearing that, you know, he has the power. She’s a political pawn,” Griner’s wife, Cherelle Griner, told news reporters. “So, if they’re holding her because they want you to do something, then I want you to do it.”

In the Monday letter, the basketball star asked Biden to not forget about her and other American detainees in the country and to work toward bringing them back to the U.S.

“I still have so much good to do with my freedom that you can help restore. I miss my wife! I miss my family! I miss my teammates! It kills me to know they are suffering so much right now. I am grateful for whatever you can do at this moment to get me home,” she said.

It’s unknown if Biden read the letter, but National Security Council Spokesperson Adrienne Watson said in a statement obtained by sources the president “has been clear” about seeing all detainees who are wrongfully detained oversees, including the WNBA star, released.