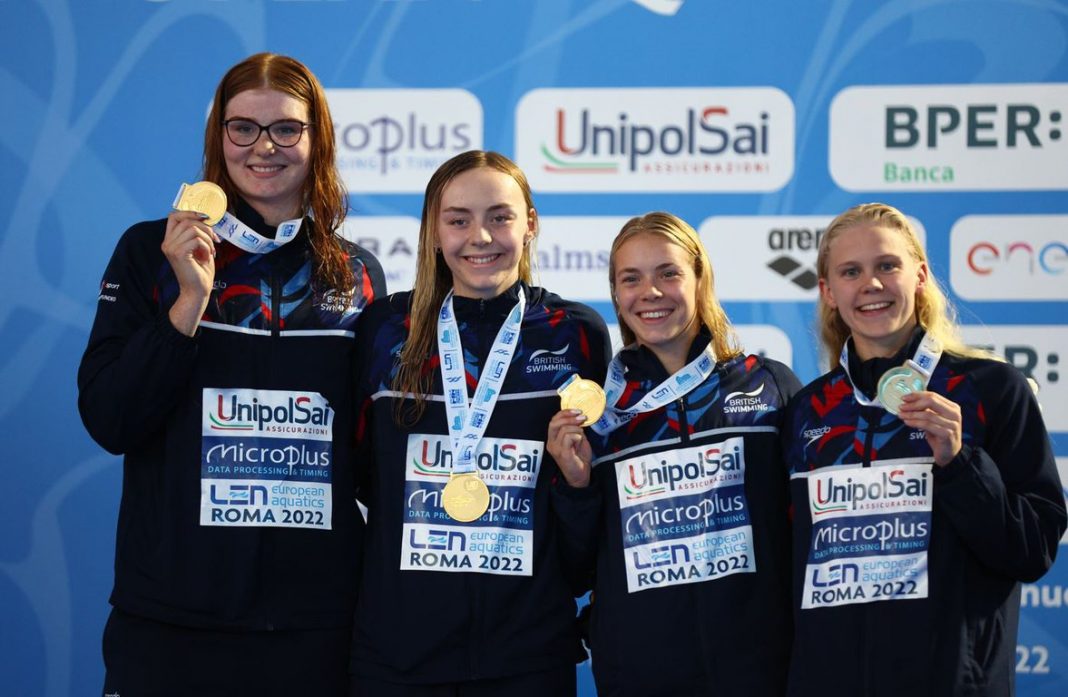 West News Wire: A dramatic evening at the European Championships in Rome came to a close with Great Britain winning gold in the women’s 4x100m freestyle relay.

Freya Colbert, 18, and Luke Greenbank, 24, both placed third in the men’s 200-meter backstroke and the women’s 400-meter medley, respectively.

In a time of three minutes 36.47 seconds, Anderson, who placed third in the individual competition, led the team to victory over Sweden and the Netherlands.

It capped a great night for Britain in the pool after earlier medals from Colbert and Greenbank.

Greenbank, who won silver at the World Championships earlier this year before being laid low by Covid, bounced back well finishing in 1:56.15 after failing to finish on the podium in the event at the Commonwealth Games.

“It [Covid] got me to near breaking point, so I am happy to finish with a 56-low to get a medal,” said Greenbank.

“Just to bounce off the Commonwealth and get a medal here I can’t complain.”