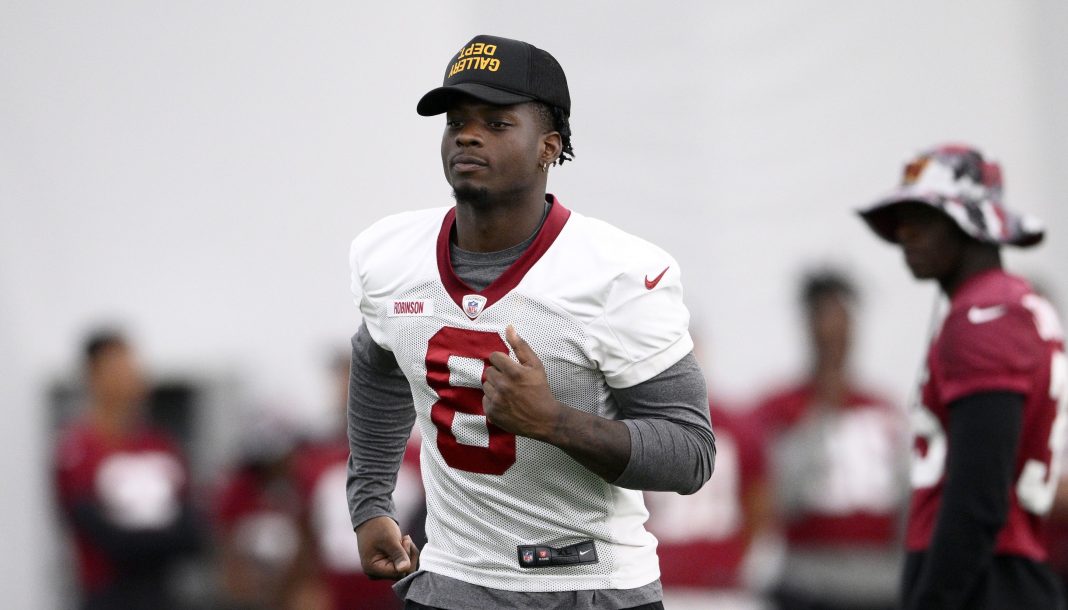 West News Wire: According to local police and the NFL team, running back Brian Robinson of the Washington Commanders is recuperating at a hospital after being shot during a botched robbery or carjacking.

According to Washington DC police, the incident occurred in the northeastern part of the US capital city on Sunday evening at about 6 o’clock local time.

Police are searching for two potential suspects with “shoulder-length dreadlocks” after Robinson sustained two “gunshot wounds to his lower limbs.”

Head coach Ron Rivera also touched base with his player, who he later said was “in good spirits” and wanted to thank everyone “for their kind words, prayers & support” on Twitter.

“He wants his teammates to know he appreciates them all for reaching out and he loves them all and will be back soon doing what he does best,” Rivera added.

With the NFL season starting in the second weekend of September, Robinson was tipped to play a big role for the Commanders in 2022 and had impressed during preseason training camp and games.

He’s a real serious guy. Football is extremely important to him. He takes a lot of pride in being a physical runner. I think he’ll continue to get better, too, as the reps increase,” Turner predicted

While Robinson traveled with his team for its last preseason game in nearby Baltimore on Saturday night, he didn’t feature as the Commanders lost a tight affair to the Ravens 17-15.

Reported by the Washington Post as now being in a “stable condition.” it is unknown when Robinson could return to action.