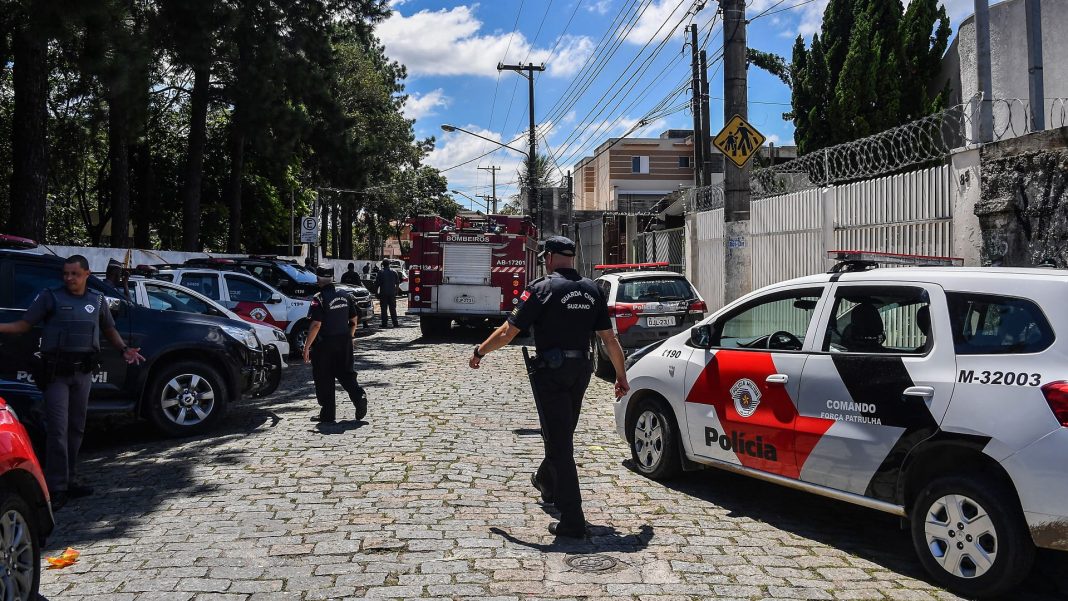 West News Wire: According to police, a former pupil opened fire at two schools in the state of Espirito Santo in the southeast of Brazil, leaving at least three people dead and 11 injured.

In relation to the two shootings that occurred at 10 a.m. (13 p.m. GMT) on Friday in the town of Aracruz, 80 kilometers north of the state capital Vitoria, the authorities identified the alleged shooter as a 16-year-old who was wearing military-style camouflage clothing with Nazi symbols.

Two people were killed and nine others were hurt when he opened fire on teachers at his old school, a public primary and secondary school.

After that, the shooter went to a private school on the same street, where he killed a teenage girl and injured two others, according to officials.

Espirito Santo Governor Renato reports that the adolescent has been detained.

“He was a student at (the first) school until June, a 16-year-old minor. His family then transferred him to another school. We have information he was undergoing psychiatric treatment,” Casagrande told a press conference.

Two guns were used in the attack by the teenager, who is the son of a military police officer. Both firearms were registered to his father.

Security camera footage broadcast on Brazilian media showed the shooter running into the school, rushing down the corridors with a semi-automatic weapon and firing shots. Police are investigating any potential links to extremist groups as he had a swastika on his fatigues.

The lives of some of the injured remained at risk, the governor said, as he declared three days of mourning in the state.

School shootings are uncommon in Brazil, but have witnessed an uptick in recent years.

Twelve children were killed in 2011, when a man opened fire at his former elementary school in Realengo, a suburb of Rio de Janeiro, and then killed himself.

In 2019, two former students shot dead eight people at a high school in Suzano, outside Sao Paulo, then also took their own lives.

Lula, who was president from 2003 to 2010, will take office on January 1 after defeating far-right President Jair Bolsonaro in last month’s elections.

He has severely criticised Bolsonaro’s relaxation of gun-control laws.