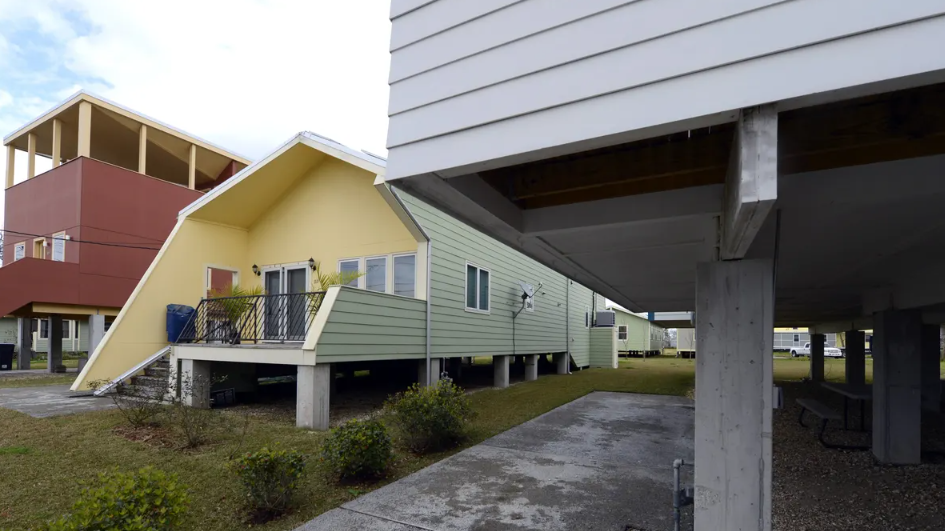 West News Wire: A $20.5 million settlement has been reached between Brad Pitt’s Make It Right Foundation and the owners of the homes constructed through the program in one of the New Orleans neighborhoods most severely affected by Hurricane Katrina.

It is The Times-Picayune. According to a report published on Wednesday by The New Orleans Advocate, each of the program’s 107 homeowners will be qualified to receive $25,000 as compensation for prior repairs made to the subpar homes, pending a judge’s approval. According to the agreement reached Tuesday night, the remaining funds will be allocated based on the state of each of the structures.

The agreement marks a significant turning point in the protracted story of houses plagued by leaks, rot, and other flaws.

In 2007, two years after Katrina devastated Louisiana’s most populous city, the Hollywood celebrity founded the futuristic housing development organization. The goal was to replace lost housing in the city’s flood-ruined Lower Ninth Ward with 150 avant-garde dwellings that were storm-safe and energy-efficient. The homes were made available at an average price of $150,000 to residents who received resettlement financing, government grants and donations from the foundation itself.

Make It Right acknowledged flaws in the architecture at least twice. First, in 2015, lawyers representing the organization sued the manufacturer of an ecologically friendly, water-resistant wood for $500,000, when the product proved to be no match for south Louisiana weather.

In 2018, Make It Right lawyers sued its own managing architect over what it said where millions of dollars in design defects. In 2021, the organization also sued its former executive director along with the former treasurer and other officials, accusing them of mismanaging the project.

As residents’ complaints mounted, they filed a class-action lawsuit against Make It Right in 2018. The suit alleged that many of the houses were poorly built with inadequate materials. According to the suit, some of the homes suffered from rain leakage that caused rot, structural damage and mold. The suit also catalogued faulty heating, problems with cooling and ventilation systems, electrical malfunctions and plumbing mishaps.

Tuesday’s settlement papers point out that responsibility for the defects to the homes has been “vigorously” contested. Attorney Ron Austin, who represented residents in the suit against Pitt and his charitable organization, framed the outcome in David versus Goliath terms.

“This is one of those scenarios when the impossible became possible,” Austin said.

The distribution of settlement funds to individual houses will be overseen by Global Green, a California-based nonprofit organization devoted to ecological concerns. The Times-Picayune ‘ The New Orleans Advocate reached out to Global Green for comment.