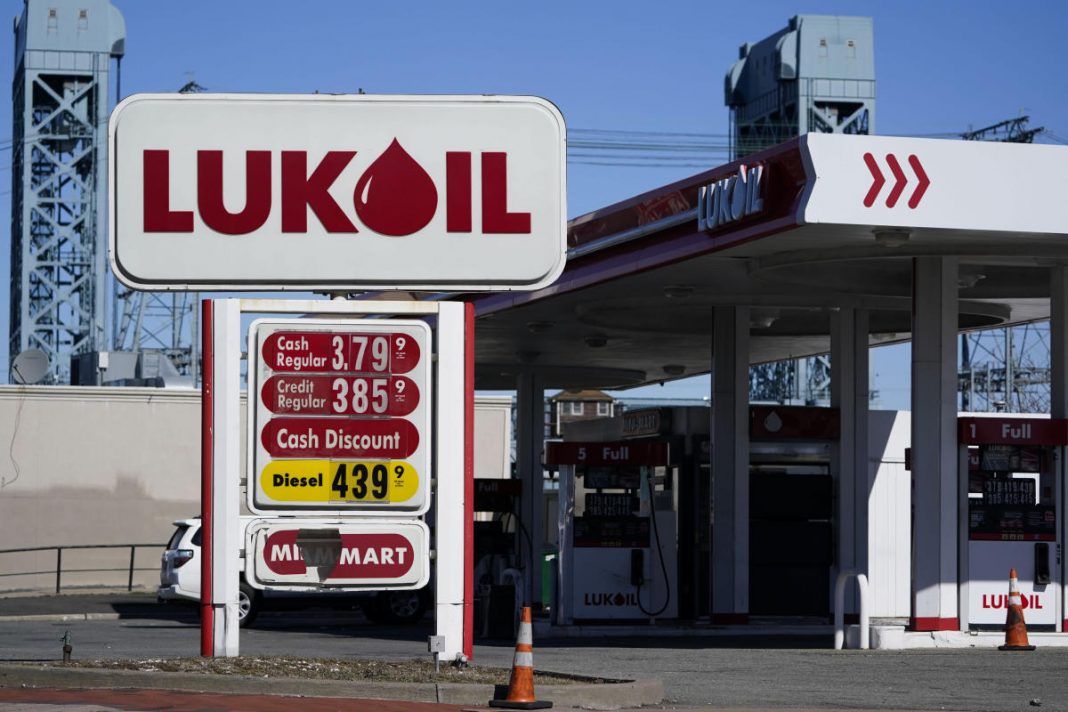 West News Wire: Outraged by Russia’s invasion of Ukraine, lawmakers in New Jersey’s largest city slammed a pair of Lukoil gas stations as one of the closest representations of Russia they could discover.

However, they may have primarily harmed Americans in the process.

Locals, not Russians, own the stations, which are franchises. They usually hire people from New Jersey. The petrol or gasoline offered at the stations is sourced from a Phillips 66 refinery in the area.

The campaign targeting the gas stations is one example of collateral damage from the backlash against Russia, as government officials and customers race to show their support for Ukraine by boycotting products and companies or things they perceive to be Russian.

Roger Verma, a New Jersey resident who immigrated to the United States from India 45 years ago, has owned the franchise for one of the Lukoil stations in Newark since 2005. He said the decision to yank his licence left him baffled and concerned that he could be put out of business, which would affect his 16 employees.

“Let me be clear that I stand with Ukraine and I’m fully in support of Russian sanctions,” Verma said Wednesday in front of Newark’s City Hall. “But I’m baffled and confused how people sitting in these positions without having any of their facts together and without having full knowledge of how things are done can introduce and change laws and change people’s lives just like that.”

In some places, people have been pouring out Smirnoff vodka, not realising that the beverage is owned by an English company and the bottles consumed in the US are distilled in Illinois.

Charlie Tgibedes, owner of Box Seats, a restaurant and sports bar in North Attleboro, Massachusetts, told The Sun Chronicle newspaper he’s not ordering more vodka from Russian companies but questioned the wisdom of tossing what he already has.

“It looks good doing it, but the stuff is already in the building and paid for. You’re just hurting yourself dumping it down the drain,” he said.

On social media, people have called for boycotts of Lukoil stations, which operate in 11 states, mainly in the northeastern US.

Newark officials said going after the Lukoil stations was the moral thing to do, even if they are locally owned.

“All of us are horrified by the images we’re seeing” from Russia’s invasion of Ukraine, Newark City Council Member Anibal Ramos said Wednesday. “Today Newark is standing in solidarity with a number of countries around the world who are supporting democracy and taking sanctions against the Russian Federation.”

A phone message couldn’t be left at a listing for Lukoil Americas Corp in New York.

In a statement posted on its website Thursday, Lukoil’s board of directors expressed “its deepest concerns about the tragic events in Ukraine” and called for “the soonest termination of the armed conflict”.

“We express our sincere empathy for all victims, who are affected by this tragedy. We strongly support a lasting ceasefire and a settlement of problems through serious negotiations and diplomacy,” it said.

It wasn’t immediately clear Thursday when the Newark stations’ licences would be revoked, or if the city administrator might halt the suspension. Ramos, who introduced the resolution, said he anticipated it would still happen.

Under a typical Lukoil franchise agreement, the company acts as the station’s landlord. The station pays rent, taxes and utilities to the company and also agrees to buy a certain amount of fuel each month.

“All of the station owners condemn what Russia is doing in Ukraine, but do not deserve to lose their businesses and their investments because of Russia’s bad behaviour,” Risalvato wrote in an email.

Ramos said the licence suspension in Newark is meant to be temporary and his office had received calls from employers offering to give jobs to any affected petrol station workers.