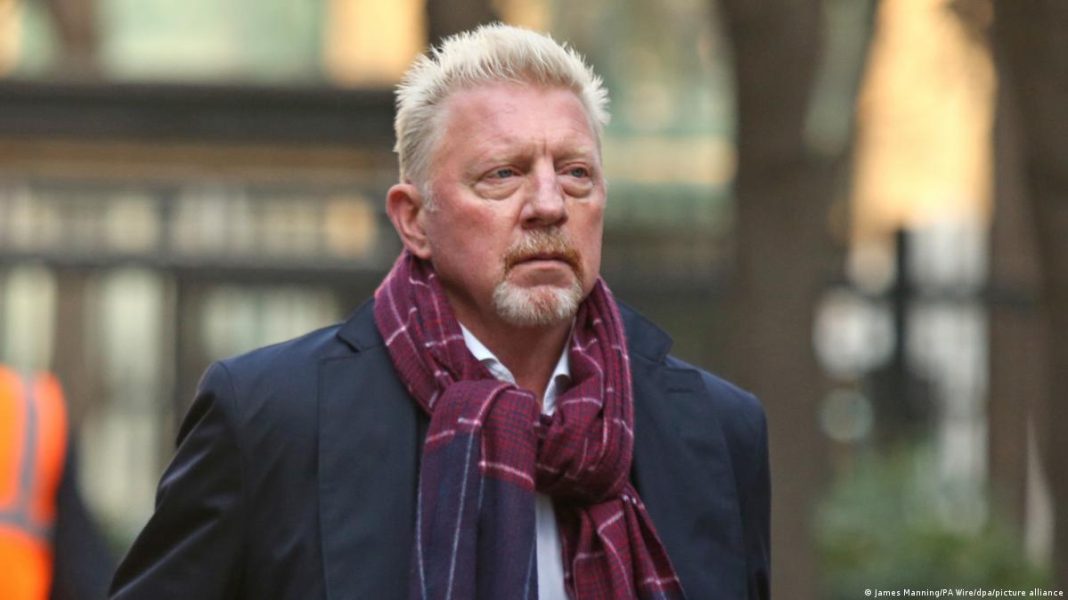 West News Wire: According to his lawyer, former tennis great Boris Becker has left for Germany after being released from a British prison where he served a sentence associated with his 2017 bankruptcy.

The six-time Grand Slam winner from Germany, 55, “was released from detention in England and has left for Germany today,” according to a statement from his Berlin-based attorney Christian-Oliver Moser on Thursday.

Becker “served his term and is not subject to any penal restrictions in Germany,” the speaker stated.

Moser refused to say where Becker would be arriving and stated that any demands for interviews “would not be answered.”

In April, a German national named Becker was sentenced to two and a half years in prison for breaking insolvency laws by concealing assets worth $3.1 million and loans to avoid paying debts.

He had been declared bankrupt in June 2017, owing creditors 50 million pounds ($62m) for an unpaid loan of more than three million pounds ($3.7m) on his estate on the Spanish island of Mallorca.

A judge at Southwark Crown Court in south London told Becker, who has lived in the UK since 2012, that he would serve half of his sentence in prison. However, he was released on Thursday morning.

Becker was initially reported to have been held at Wandsworth Prison in southwest London, near the All England Club at Wimbledon where he won three titles.

He was then transferred to the lower-security Huntercombe prison near Oxford, southern England, for foreign criminals awaiting deportation.

Becker qualified for removal as he is not a British citizen and received a custodial sentence of more than 12 months.

The Sun newspaper on Tuesday said Becker’s mother Elvira, 87, told a friend that her son’s release from prison was “the best Christmas present I could hope for”.

“I cannot wait to hold my beloved son in my arms,” she was quoted as saying.

Media reports suggested he would stay with friends in Frankfurt.

During his trial, Becker recounted how his career earnings were swallowed up by a costly divorce from his first wife Barbara, child maintenance payments and an expensive lifestyle.

He said he was “shocked” and “embarrassed” when he was declared bankrupt and had relied on advisers to manage his life outside tennis.

But he insisted he had cooperated with trustees trying to secure his assets.

Judge Deborah Taylor disagreed, telling him he had shown no remorse or acceptance of his guilt.

“You have sought to distance yourself from your offending and your bankruptcy. While I accept your humiliation as part of the proceedings, there has been no humility,” she said.

Becker, with a shock of strawberry-blond hair, shook up the tennis world in 1985 when he became Wimbledon’s youngest men’s singles champion at 17.