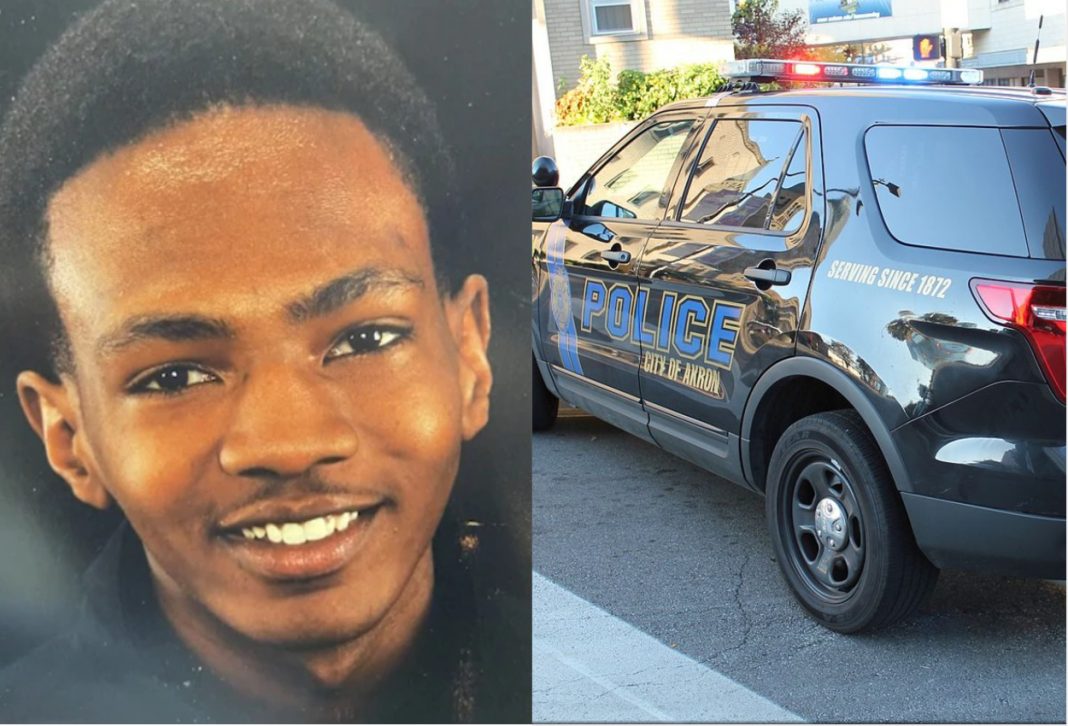 West News Wire: Police in Ohio have released footage captured on officer body cameras of a 25-year-old Black man who was shot and killed while fleeing from eight other officers while unarmed.

Large demonstrations have broken out in Akron, Ohio, with protesters marching on the city’s police headquarters as Jayland Walker’s family has demanded information about the circumstances surrounding last week’s killing, which authorities claim happened after a police chase.

The city of Akron’s mayor, Dan Horrigan, announced on Monday that there would be a curfew in place from 9 p.m. to 6 a.m. until another order was made.

Early on yesterday, there were a number of nonviolent demonstrations against the officer-involved shooting of Jayland Walker in the downtown area. These protests did not escalate to violence and destruction,” said Horrigan. “However, as night fell and others began to join, the protests became no longer peaceful. There was significant property damage done to downtown Akron. We cannot and will not tolerate the destruction of property or violence.”

The city’s Fourth of July fireworks celebration has also been canceled.

During a news conference on Sunday afternoon, Horrigan and Police Chief Steve Mylett joined the Walker family in calling for patience as the investigation continues in the man’s death.

“When an officer makes the most critical decision in his or her life as a police officer, it doesn’t matter where in the country this happens, when they make that most critical decision to point their firearm at another human being and pull the trigger, they’ve got to be ready to explain why they did what they did,” Mylett said Sunday. “They need to be able to articulate what specific threats they were facing, and that goes for every round that goes down the barrel of their gun.”

Mylett began the news conference by expressing his “deepest sympathies to Jayland’s family” and apologized for their loss.

“I cannot imagine the sense of loss, the pain they are going through right now,” Mylett said. “I want to personally thank you for the way in which you have been dealing with this situation. You have asked for peace in an environment that is rife for aggression and violence. If Jayland reflects the character of this family, which I continually heard that he did, you raised a good son.”

Before the body-camera footage was shown, Horrigan said he was “beyond outraged” at the situation, and told reporters that “the video you are about to watch is heartbreaking.”

Akron police officials said the fatal incident unfolded about 12:30 a.m. on June 27 in Akron’s North Hill neighborhood when officers attempted to pull over Walker for a traffic violation and an equipment violation with his car. Police said the driver allegedly refused to stop, setting off a chase that ended in his death.

The video showed the Buick taking an onramp and a flash of light that Mylett said appeared to be the muzzle flash of a gun coming from the driver’s side of Walker’s car. Police officials also released freeze frames of the flash coming from the vehicle’s window.

A second body-camera video recorded officers radioing that they heard at least one shot being fired from Walker’s car. The video also shows the officer following the Buick off Route 8 and continuing the pursuit on side streets.

At one point, Walker slowed down and jumped out of the vehicle before it came to a full stop. The footage showed a man, who police said was Walker, exiting the car’s passenger side door wearing a ski mask.

The officers involved in the shooting are on paid administrative leave, pending the outcome of the investigation being led by the Ohio Bureau of Criminal Investigation.

We’d like to know why he was shot down like a dog, Walker’s aunt LaJuana Dawkins said on “GMA.”

Derrick Johnson, the leader of the NAACP, stated that he seeks justice and accountability for Walker’s passing. The Akron police department, according to him, “has blood on its hands.”

“Officers should be held accountable to the fullest extent of the law if they fire 90 rounds at a Black man for a purported traffic infraction, “Johnson remarked.  “This was murder, not an accident that happened in the heat of the moment or an act of self-defense.

We are just trying to live our lives, and we are sick of being treated like prey, he continued.