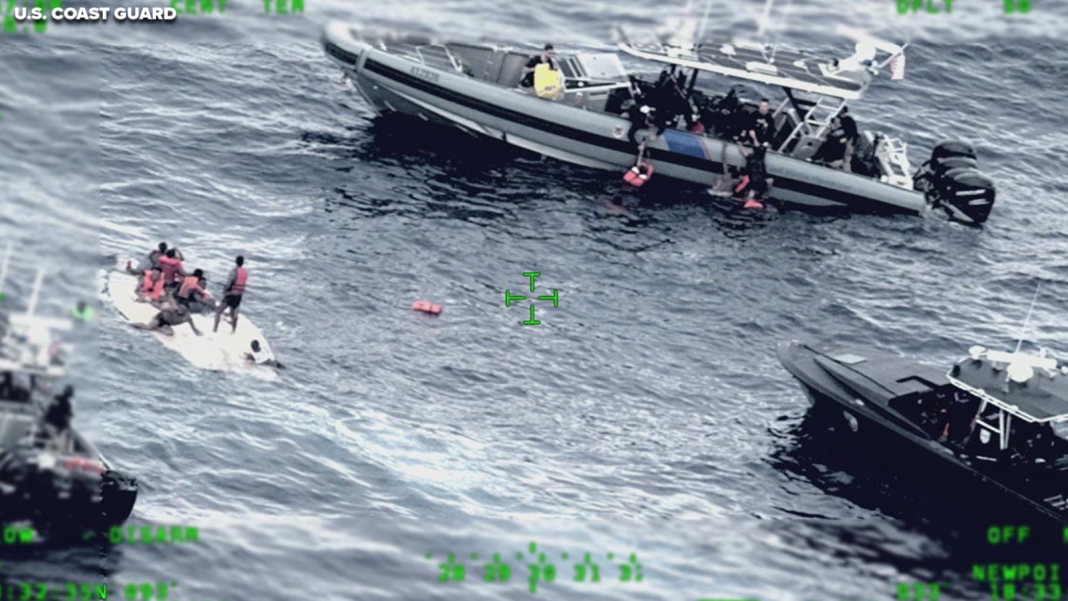 West News Wire: A boat capsized north of an uninhabited island near Puerto Rico, killing at least 11 persons and rescuing 31 others.

The majority of the survivors were from Haiti or the Dominican Republic, according to the US Coast Guard, which conducted the rescue on Thursday.

“We want to save as many people as possible and find as many survivors as possible,” he said.

The fatal occurrence occurred as a result of an increase in Haitians and other migrants attempting the perilous water crossing into the United States.

From October 2021 to March 2022, 571 Haitians and 252 people from the Dominican Republic were detained in waters around Puerto Rico and the US Virgin Islands, according to US Customs and Border Protection.

The incident comes less than a week after the US Coast Guard and the Dominican navy on Saturday rescued 68 migrants in the Mona Passage, a treacherous area between Puerto Rico and the Dominican Republic. One woman believed to be from Haiti died in that incident.

Those rescued on Thursday, 11 women and 20 men, were taken to Puerto Rico, where eight were treated at a local hospital, according to authorities.

The identities of the 11 dead were not immediately known.

The uptick in people fleeing Haiti has accompanied a surge in gang-related violence in the country that has killed dozens of people, including women and children. Homicides are up by 17 percent in the country, according to the United Nations.

Kidnappings, meanwhile, have increased by 180 percent.  Most recently, on Sunday, eight Turkish citizens were forced off a bus they had boarded in the Dominican Republic and kidnapped in Haiti.