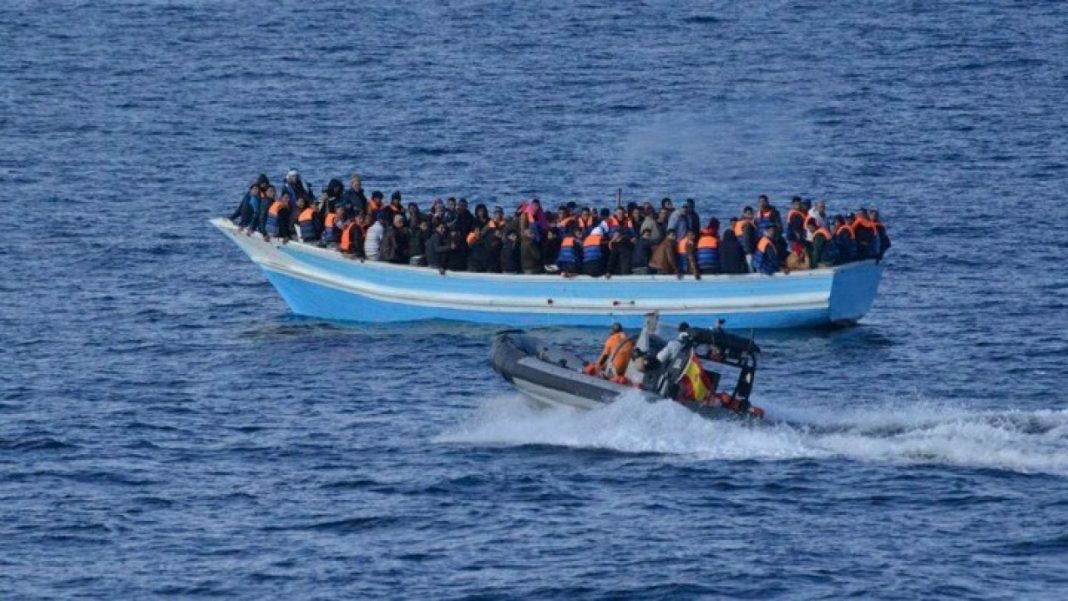 West News Wire: Authorities said that seventeen people were killed after a boat carrying dozens of Haitian migrants overturned off the coast of the Bahamas, as more Haitians try to emigrate to the US to escape gang violence and poverty back home.

At a press conference on Sunday, the Bahamian Prime Minister Philip Davis announced that rescue teams had found the deaths of 17 individuals, including a baby, and that 25 people, including four women, had been saved.

Authorities, according to Davis, think they were traveling to Miami aboard a motorboat.

He stated, “It is thought that the ship capsized in choppy waters.

According to Police Commissioner Clayton Fernander, there may have been up to 60 passengers on board, and there were still others who were missing.

Bahamian authorities said that two people were taken into custody, both from the Bahamas, over the suspected human smuggling operation.

All those on board recovered alive or dead or who were still missing were believed to be migrants from Haiti.

The Bahamas police said the boat capsized some 11km (6.8 miles) off the island of New Providence.

The Bahamas is a transit route for Haitian immigrants seeking to reach the US mainland, and since last year, the frequency of these irregular voyages using dilapidated ships has increased, in light of the worsening economic and security conditions in Haiti.

Haiti has been reeling from a host of other crises. In 2010, it was rocked by a magnitude 7.2 earthquake that killed an estimated 360,000 people. The powerful earthquake devastated much of the country, which shares the island of Hispaniola with the Dominican Republic. Amid persistent insecurity and political instability, Haiti has struggled to rebuild.

A growing number of Haitians have been fleeing the country in search of safety and work. Many have headed towards the US and countries in Latin America. Most Haitians try to cross into the US by land through the US-Mexico border, but others have been taking to the sea.

The US Coast Guard said it has intercepted and returned more than 6,100 Haitians at sea since October, the largest attempted migration of Haitian boat refugees in 20 years.

Bahamas Immigration Minister Keith Bell said survivors indicated that they paid between $3,000 and $8,000 for the voyage.

“We mourn the lives lost of those seeking a better way of life,” Bell said. “Those here with families and friends in Haiti, encourage your loved ones not to risk their lives.”

In May, a boat carrying 842 Haitians bound for the US strayed off course and washed ashore along the north coast of Cuba instead.

The US continues to expel the majority of refugees including Haitians under a coronavirus pandemic rule that allows border officials to quickly turn back migrants to their country of origin, or to Mexico, without processing their asylum claims.

In September last year, some 15,000 Haitian refugees gathered in south Texas hoping to claim asylum. But US authorities cleared out the makeshift camp and sent the vast majority back to Haiti on board deportation flights.