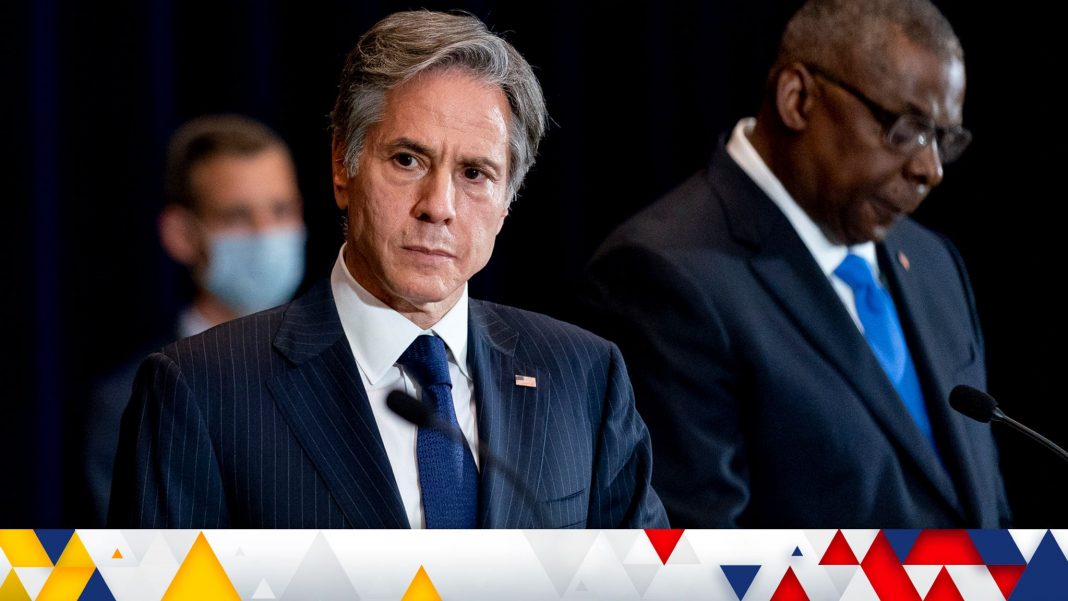 West News Wire: As violent clashes raged in the south and east of the country, Ukraine President Volodymyr Zelenskky said that the US’ top diplomat and defence commander will pay their first visit to Kyiv since Russia’s invasion two months ago.

US Secretary of State Antony Blinken and Defense Secretary Lloyd Austin will discuss the types of weapons Ukraine requires during their Sunday visit, according to Zelenskyy.

“Believe me, as soon as we receive [more weapons], as soon as there are enough of them, we will immediately recapture this or that territory that is temporarily held,” Former Ukrainian President Petro Poroshenko said during a news conference on Saturday evening.

Blinken and Austin’s travel arrangements have yet to be verified by the White House.

The Department of State and the Pentagon declined to comment.

Blinken and Austin’s reported trip follows a series of visits to Kyiv by European leaders, and comes as Russian forces show no sign of easing their attacks. This included missile attacks on the southern city of Odesa that Ukraine said killed eight people, including an infant.

The death toll from Saturday’s attack could not be independently verified. The last big attack on or near Odesa was in early April.

Russian forces also resumed their assault on the last Ukrainian defenders holed up in a giant steelworks in the shattered port city of Mariupol, according to Oleksiy Arestovich, an adviser to Zelenskyy.

“Our defenders hold on regardless of the very difficult situation and even carry out counterraids,” he said.

Ukraine says hundreds of its forces and about 1,000 civilians are holed up inside Mariupol’s Azovstal steel plant. Kyiv has repeatedly called for a ceasefire to allow civilians – many barely surviving with little or no access to food or water – to exit safely.

The Azov battalion, a militia prominent in the defence of Mariupol, released a video it said shows women and children sheltering in the complex.

“I want to see the sun because in here it’s dim, not like outside. When our houses are rebuilt we can live in peace. Let Ukraine win because Ukraine is our native home,” he said.