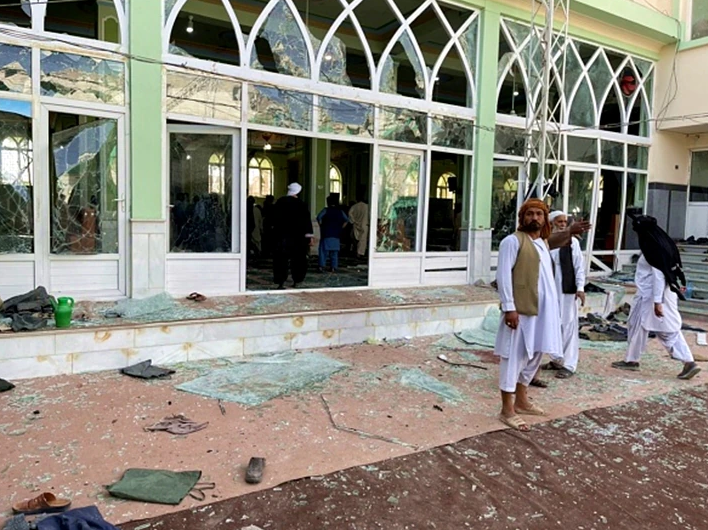 West News Wire: The latest in a string of terrorist assaults since the Taliban’s ascent to power last year, an explosion outside a mosque in Afghanistan has killed a prominent pro-Taliban cleric and several bystanders.

At least 17 additional citizens were killed and numerous others were injured in the explosion that occurred during Friday prayers in the western city of Herat, according to a government official from the region.

The incident resulted in 18 deaths and 23 injuries, according to Hameedullah Motawakel, spokesman for the governor of Herat province.

Mahmood Rasoli, a police spokeswoman in Herat, confirmed the cleric’s demise by saying that “Mujib Rahman Ansari, along with some of his guards and bystanders, have been assassinated on their approach toward the mosque.”

The Taliban’s spokesperson Zabiullah Mujahid, expressed “strong condolences” over Ansari’s death and depicted the perpetrators as the “enemies of religion” who would be punished by the Taliban administration.

A loyal supporter of the Taliban, Ansari had spoken strongly in defense of the group at a large gathering of thousands of scholars in late June, condemning anyone who was against the Taliban’s administration in Afghanistan.

The Taliban claims that it has established hard security across Afghanistan but there have been several blasts in recent months, with some of them being claimed by Daesh terrorists. However, no group has claimed Friday’s attack yet.

The attack came on the heels of a colossal blast two weeks ago, which hit another mosque in the capital Kabul, killing at least 21 people during evening prayers.

The United Nations has raised concerns about the increased frequency of the attacks, which in some cases target busy mosques and kill civilians.