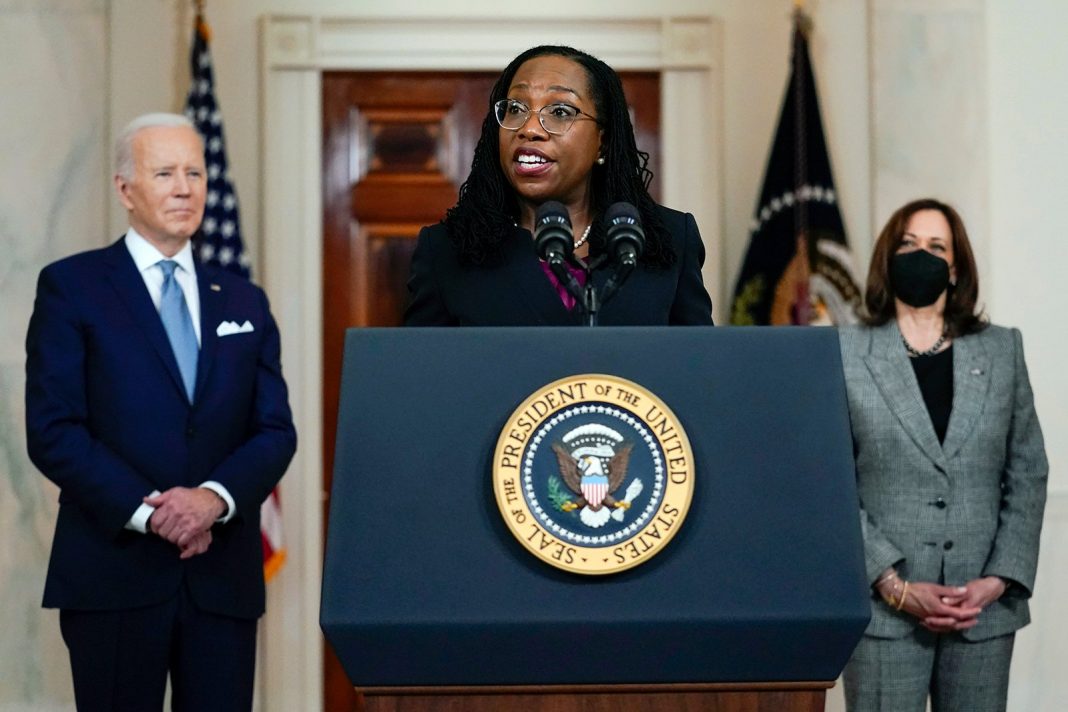 She was nominated by a historic White House, which included Kamala Harris, the first female and Black vice president in American history.

In politics, athletics, the humanities, and STEM, black women have continued to “crack the glass ceiling” (science, technology, engineering, and mathematics). Despite this improvement, achieving racial and gender diversity remains a long way off.

At the 2022 Beijing Olympics, Jackson, 29, won gold for the United States in the women’s 500-meter speed skating race. She is the first African-American woman to win a medal in the sport.

Leigh, born in Chicago, Illinois, is a multimedia artist who explores the experiences of Black femme-identifying people, often referencing African art and traditions of the African Diaspora, according to the Institute of Contemporary Art.

“Leigh’s unique sculptural work explores and elevates ideas about history, race, gender, labor, and monuments, creating and reclaiming powerful narratives of Black women,” the ICA said in the announcement of her participation.

Phelps is a nuclear chemist at the Oak Ridge National Laboratory and in 2010 she played a key role in discovering and confirming Tennessine, a new element on the periodic table. But her groundbreaking work isn’t done she’s also part of the international effort to discover elements 119 and 120.

Phelps, an advocate for diversity in STEM and youth outreach for the sciences, told news reporters that the discovery of Tennessine was one of the highlights of her career: “While my part may have been small in the entirety of the element discovery team, I think the impact of my presence was monumental for Black girls who don’t normally see themselves occupying spaces and disciplines like this.

Watkins has become the first Black woman assigned to a mission at the International Space Station. She will orbit Earth as she conducts research in a microgravity laboratory as a mission specialist for the SpaceX Crew-4 mission.

Watkins, 33, earned a bachelor of science in Geological and Environmental Sciences from Stanford University, and a doctorate in geology from the University of California, Los Angeles. She joined NASA as an intern and has since worked at various research centers before being selected in 2017 for NASA’s Astronaut Candidate Class.

This will be her first journey to space since becoming an astronaut. She’s officially fulfilling a dream she’s had since she was a young girl.

“A dream feels like a big faraway goal that’s going to be difficult to achieve or something you might achieve much later in life,” Watkins said in a video released by NASA last year. “But in reality, what a dream realized is just one putting one foot in front of the other on a daily basis. If you put enough of those footprints together, eventually they become a path towards your dreams.”