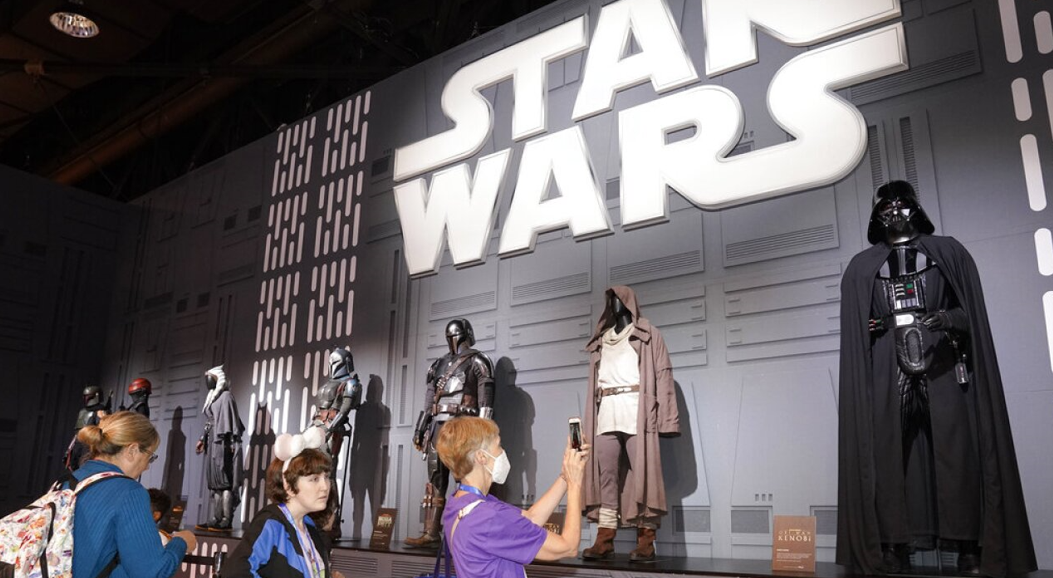 West News Wire: On Saturday at the D23 Expo, an emotional Harrison Ford made an appearance alongside a new trailer for the fifth Indiana Jones movie, the cast of “Black Panther: Wakanda Forever” showed clips from their upcoming sequel, and trailers and information were released for the expanding “Star Wars” galaxy on television.

After the trailer was played at a presentation by Disney divisions Marvel, Lucasfilm, and 20th Century Studios at the festival at the Anaheim Convention Center, near to Disneyland, an arena-sized audience applauded Ford, co-star Phoebe Waller-Bridge, and director James Mangold.

Ford, who is typically stoic, choked up as she stated, “Thank you for making these films such a great experience for all of us.” “I’m very proud to say to say that this one is fantastic.”

He pointed to Waller-Bridge and said, “this is one of the reasons.”

The 80-year-old Ford suggested this would be his last time donning the hat and holding the whip of one of the two characters that made him famous.

The 37-year-old Waller-Bridge said Ford showed no signs of slowing down, saying “I had the time of my life making this movie,” and “keeping up with this guy is exhausting.”

The trailer shows Ford cracking that whip in front of a group of heavily armed henchmen with Waller-Bridge at his side.

The film, whose title has yet to be announced, is set for release on June 30, 2023. It also stars Mads Mikkelsen, Toby Jones and Antonio Banderas, and is the first in the franchise not directed by Steven Spielberg.

Angela Bassett and Winston Duke were among the cast members who presented part of “Black Panther: Wakanda Forever,” which is set for release on Nov. 11.

The sequence shows a team trying to steal some of the nation of Wakanda’s precious substance vibranium, and a Wakandan team beating them back.

It has not been clear how the film would deal with the death of the title star of the first film, Chadwick Boseman, who died of prostate cancer in 2020.

But the footage acknowledged that his character T’Challa had died, and suggests that his sister Shuri, played by Letitia Wright, might be the next Black Panther.

“We had to meet his level of excellence, and we did,” Bassett said.

Neither the “Indiana Jones” trailer nor the “Black Panther” footage were released outside of the convention hall.

Anthony Mackie will take up the familiar shield as Captain America in the movie slated for a May 2024 release, as he did at the end of the television series “The Falcon and the Winter Soldier,” and he’ll be joined by Tim Blake Nelson as central villain the Leader. Danny Ramirez and Shira Haas will play heroes alongside Mackie.

Marvel’s team of antiheroes “Thunderbolts” will include role reprisals from Florence Pugh as Yelena Belova, Sebastian Stan as the Winter Soldier and David Harbour as Red Guardian. Wyatt Russell and Julia Louis Dreyfus also appear in the film set to be released in July of 2024.

Pedro Pascal and the cast of “The Mandalorian” unveiled a trailer and new details for the series’ third season and Diego Luna did the same for the forthcoming series “Andor” as Lucasfilm and the “Star Wars” galaxy deepens its television presence with no big screens in sight.

“You are a Mandalorian no more,” Pascal’s title character is told in the trailer for the new season, a penalty for his having removed his helmet and showed his face.