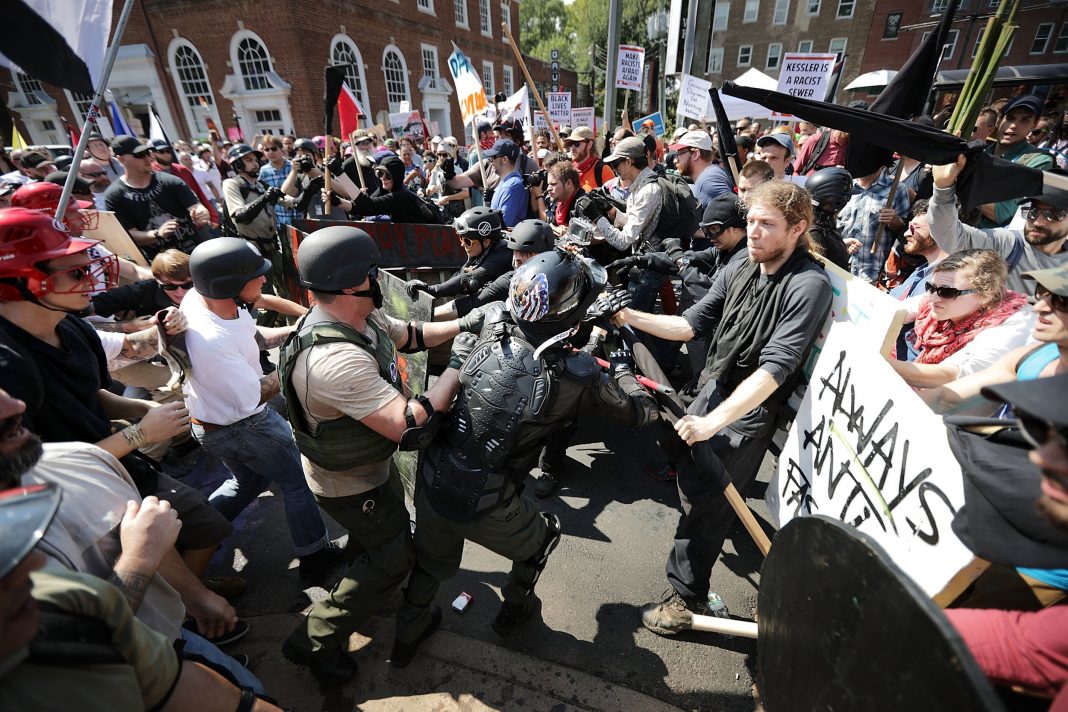 West News Wire: Just a few days after Patriot Front members marched through the city and allegedly assaulted a Black man, Boston authorities are taking action in response to the growing threat posed by white supremacists.

The mayor of Boston, Michelle Wu, said on Tuesday, “We know these threats are continuing to escalate across the country, and Boston must be the leading light in how we are acting in a coordinated way, tackling, and supporting our community members.” She spoke with representatives from the FBI, the attorney general’s office, the local and state police departments about upcoming actions by known extremist groups.

The Patriot Front is a white supremacist organization that disseminates racism, antisemitism, and other forms of hate online, according to the Anti-Defamation League, which monitors hate groups across the country. The ADL says the group is focused on “preserving America’s identity as a European-American one.”

The group marched in Boston on Saturday with concealed faces and flags, wearing shirts that read “Reclaim America.”

U.S. District Attorney Rachael Rollins said officials “are working hard to make sure that if there are any federal charges we can bring or if there are any state charges that can be brought we will be looking at this. We don’t want to wait until there’s violence. If there are threats we will charge those as well.”

They will not yet release the information shared at the briefing to the public. Joseph R. Bonavolonta, the Special Agent in Charge, told reporters at the presser that the government cannot track or monitor domestic groups based on their ideology, but can take action based on the threat or execution of violence.

Officials said they plan to question officers’ actions during the march, asking themselves “if this was a Black Lives Matter protest, would the response have been different than this white supremacist group?”

Black community leaders in Boston marked the Fourth of July by denouncing racism and showing support for a man who says he was assaulted by Patriot Front members.

Police say a Black man reported that he was assaulted during the march, after the man said he was trying to record the group on his cellphone. In the police report sent to a news reporters by Boston Police Department officials, the man said Patriot Front members with shields began to surround and shove him after he started to record.

When he tried to shove back in order to free himself, he was knocked to the ground, kicked and beaten, the police report said.

The man suffered lacerations to his head, arms and hands, and was treated at a nearby hospital, according to the report. No arrests have been made.

The man later identified himself as Charles Murrell, an artist and social justice organizer. He spoke Monday at a gathering of Black leaders and urged listeners to attend local events about race, diversity and justice.

Murrell stated, “There are ambassadors, artists, and individuals who care about the city and its reputation, who have been working, and we are inviting you to come share space with us.

Murrell’s friend and mentor Mawakana Onifade said, “There is no question in our minds that we will always oppose the new Klan. We are aware of the motivations behind a face cover.”

“We are not shocked. Racism has a long history in Boston “proclaimed Rev. Kevin Peterson. “The city was actually founded on racism. Here, slaves were brought in. And it will still be around in 2022.”

Leaders are calling on Wu to act quickly against the spread of hateful and dangerous ideologies.